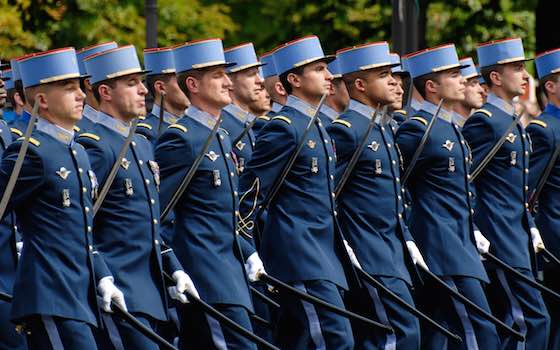 When it was first published, France's current defense White Paper caused some anxiety about whether the spending cuts it called for might undermine the country's security and strategic autonomy. Two years later, Lisa Watanabe wonders whether these fears have been borne out.

ISN: In broad terms, how did France’s 2013 White Paper on National Security and Defense differ from previous white papers in 2008 and 1994?

Lisa Watanabe: The 2013 White Paper is the fourth white paper to be published by France since the first one appeared in 1972. The 1994 White Paper was published following the end of the Cold War and thus sought to respond to a changed international security environment. It paved the way for the professionalization of the armed forces, eliminated nuclear-tipped surface-to-air missiles, and reinforced force projection capabilities.

Whereas the 1994 White Paper had dealt with only military security, the 2008 White Paper published under Nicolas Sarkozy’s presidency introduced a comprehensive security strategy, reflecting the growing need to transform defence and security forces to meet new security threats, in particular global terrorism and cyber warfare. Investment in intelligence and cyber-defence capabilities was accordingly prioritized. In addition, France sought to modernize its conventional and nuclear forces in order to maintain its strategic autonomy and relevance. The white paper also confirmed France’s re-integration into NATO military structures, from which it had withdrawn in 1966 under Charles de Gaulle, and signaled a commitment to reinforcing the EU’s Common Security and Defence Policy (CSDP). In part, this reflected a movement away from a defence and security policy based largely on nuclear deterrence to one that gave France a role in crisis management operations, though the importance attributed to France’s nuclear capability remained considerable. Furthermore, the 2008 Paper adjusted France’s geostrategic orientation away from traditional spheres of influence and towards a ‘strategic arc of crisis’ that extended from the Mediterranean to the Persian Gulf, the Horn of Africa and South Asia. The 2008 Paper also responded to the need to reduce costs.

The 2013 White Paper was the latest effort to reform the French armed forces against the backdrop of budgetary constraints. On the face of it, the 2013 Paper followed the same logic as its predecessor, while seeking to respond to the Arab uprisings, instability in the Sahel, and an anticipated US ‘pivot to Asia’. Once again, it reflected ongoing concerns about the intensity and extent of threats from global terrorism and cyber-warfare. In addition to imagery and electromagnetic intelligence, which had been highlighted in the 2008 Paper, real-time intelligence was given special emphasis. The 2013 Paper called for the strengthening of measures aimed at increasing the resilience of critical services and strategic industrial assets. Innovatively, it also called for the development of an offensive cyber-defence capability. Geographically, it focused more on Africa and slightly less on Asia. Nevertheless, the overwhelming rationale behind the 2013 Paper was the pressing need to reduce public spending. In line with the white paper´s fiscal objectives, the elimination of 23500 jobs was planned for the period 2014-19 (in addition to the 10175 job losses already planned for 2014-15 under previous reform measures).

Last year, you wrote that the 2013 Paper represented a desire to ‘scale down’ French ambitions and ‘give new momentum’ to European common security and defense policy. To what extent has this been accomplished? On its own terms, has the implementation of the 2013 Paper been successful so far?

Yes – I wrote that due to a declining defence budget, France was de facto scaling down its strategic ambitions. For example, the aim of the 2008 Paper of being able to deploy 30000 ground troops and 70 combat aircraft within six months in major, high-intensity external operations, with 5000 soldiers on permanent operational alert, has been abandoned. Smaller scale operations are now envisioned. For these operations, France will now maintain 5000 troops on high alert, available immediately, to form a 2300-strong force for missions of up to seven days. For longer missions, it will maintain 7000 ground troops, with approximately 12 combat aircraft, one frigate, one attack submarine, and one transport and command ship, as well as a contribution from Special Forces. For major combat missions, there will be a two-brigade ground force of 15,000 troops, approximately 45 combat aircraft, an aircraft carrier, two transport and command ships, and Special Forces.

In addition to the downward revision of its ambitions, financial considerations also translated into a desire to reinforce pooling and sharing at the EU level. This, too, was reflected in the 2013 Paper. But the paper was not without its ambiguities. There was still an insistence on strategic autonomy and an emphasis on the importance of bilateral military cooperation with the United Kingdom (UK). The paper also expressed France’s desire to reinforce the CSDP, recognizing that a lack of political will within EU Member States for further developments in European security and defence had been apparent for several years.

Two years later, the objective of reducing public spending has largely been achieved. Nevertheless, the savings may come at the expense of national strategic objectives and reinforcing the CSDP. To raise money, the French Ministry of Defence is considering transferring the procurement of military equipment to private companies (from whom the equipment would then be leased). This, however, may not be consistent with the strategic autonomy that the 2013 Paper claims to maintain. France is also visibly reducing its troop contributions to EU missions. In the context of EU NAVFOR Atlanta, operations at sea were reduced by three quarters between 2012 and 2014. In Mali, France is expected to reduce troop contributions to the EU training mission EUTM by mid-2015. In the Central African Republic, the EU has been engaged since April 2014 in EUFOR RCA in support of 6000 African Union (AU) peacekeepers and 2000 French troops that were deployed to assist them in stabilizing the country. Although the EU Member States decided in November 2014 to extend the mandate of the mission by 3 months, Paris announced that it would reduce its contribution from 2000 to 1000 troops.

At the time the paper was published, some feared that the cuts it outlined would undermine France’s ability to protect its security interests or maintain its strategic autonomy. Have these fears been borne out so far?

Indeed, this debate is still ongoing within France. Now that the Loi de programmation militaire 2014-2019 has been adopted, the implications of the 2013 White Paper are clearer. The Loi allocates €190 billion for the period 2014-19. The budget will be frozen at 2013 levels (€31.4 billion a year) until 2016, with the expectation that it will rise in 2017, 2018 and 2019. Of the €190 billion, only €179 billion is provided through available budgetary credits. The remaining €6.1 billion must be found through extra-budgetary provisions such as savings, export offsets and the sale of assets. A considerable part of the budget, €102.7 billion, will go to updating and maintaining equipment, €23.3 billion to updating nuclear deterrence equipment, €49.2 billion to upgrading the equipment of conventional forces, and €20.6 billion to ensuring the operational readiness of equipment.

Despite the prioritization of equipment and operational readiness in the budget, the reality is that fiscal constraints will translate into force reductions and the renegotiation of existing equipment contracts that will result in reduced heavy equipment. The total number of deployable ground force troops will fall from 88000 to 66000. As mentioned above, ground troops and capabilities available for major missions and short missions have also been reduced. France will lose one brigade from its ground forces. The number of Leclerc tanks will be reduced by 50 to 200. The air force will also see a reduction of deliveries of Rafale and updated Mirage aircraft to 225 from 286, while the life of Mirage extended. Orders of A330 MRTT air transport planes has also been reduced from 14 to 12, with the first one to be delivered only in 2017. Tactical transport aircraft will also be reduced from 70 to 50. The navy will only have 15 instead of the planned 18 first-class frigates, and deliveries of the multi-function FREMM frigates will be reduced from 11 to 8.

Despite these cuts, France has still not been able to secure its defence budget. The full budget will only be reached if the Ministry of Defence can garner extra-budgetary provisions amounting to €2.1 billion. In order to do so, the Ministry is relying on the sale of buildings and properties, as well as of radio frequencies, for example. Whether these sales will be possible remains an open question. Between 2008 and 2013, €3.47 billion in extra-budgetary provisions ought to have been raised. As it happened, only €980 million was found. Thus, the actual defence budget could turn out to be under €30 billion in 2015, which would mean that the provisions of the Loi would already not be met in 2015.

What can Germany learn from the 2013 Paper and its implementation so far?

One thing that Germany can learn from the 2013 White Paper and its implementation to-date is that the partnership between the two countries in the area of security and defence can still be mutually beneficial. The CSDP offers both Germany and France the opportunity to support each other in achieving their respective objectives. They might have slightly different goals in relation to the CSDP, but there is much to be gained from continued cooperation. While Paris principally argues for security and defense policy cooperation between EU Member States from the view point of military capabilities and force generation, Berlin places more emphasis on conceptual aspects of the CSDP. The gap between the two countries has grown in past years. France has tended to turn to the UK, rather than Germany, with regard to armaments cooperation. Germany, in turn, has sought to advance conceptual development of the CSDP without Paris – for instance, in relation to the recent Enhance and Enable Initiative (E2I). Yet this lack of coordination is not to the advantage of either country. France requires support for its desire to further progress in the area of capabilities development, and Germany needs support for its initiatives. The upcoming European Council Meeting on defence in June 2015 could provide an opportunity for both countries to table measures that serve their respective aims. Germany and France should lend each other a helping hand by jointly proposing measures aimed at furthering pooling and sharing of equipment, as well as the institutional reform of the CSDP.

Lisa Watanabe's paper on this topic, co-authored with Dr. Ronja Kempin, is available (in German) on the SWP website.