Reconciling the Faultines of Europe's Past 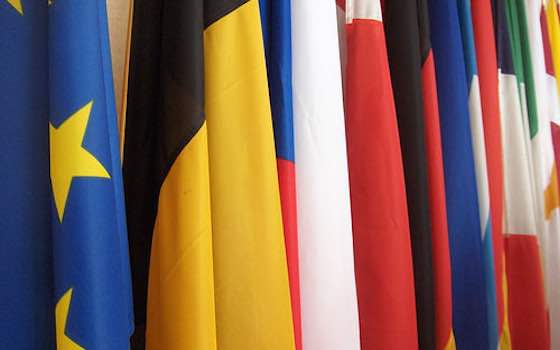 Reconciling the Faultines of Europe's Past

This article was originally published by Democratic Audit UK on 14 January 2015.

For all our cherished empiricism, historians have a decidedly metaphysical task: to reject linear readings of the past, to warn against simplistic consequentiality, and yet -- all the while -- to impress a narrative onto history. Our discipline thrives on complexity and yet dreams of simplicity, employing ‘periodisation', individualisation and causality as readily as it dismisses them. Should we beware, then, of the historian tempted by topical commentary? Maybe. Yet how can we be blamed, when History is exploited so effectively in politics, employed so callously in nation-building (and un-building), wheeled out so unscrupulously to justify just about everything?

From the centenary of the First World War to the re-emergence of xenophobic populisms in Greece or France, the UK or Greece, Norway or Italy, the examples are everywhere: we -- historians watching Europe from the Antipodes and from the vantage points of our own stories of migration and displacement -- would like to suggest that the best way to understand Europe's life-threatening challenges is not in forced discourses of historical cohesion and economic cycles, but an analysis of historical ‘faultlines'. These faultlines -- as reliably unreliable as their geological counterparts -- were the focus of the biennial conference of the Australasian Association for European History (AAEH), held in Wellington in 2013, and of the latest special issue of the Australian Journal of Politics and History on ‘cohesion and division in Modern Europe', which we edited with our colleague Simone Gigliotti.

A century ago, the early stages of the First World War marked the beginning of a new era of European experience. For more than three decades after the July crisis of 1914, the continent was torn apart by wars, revolutions, political upheavals and depressions. To contemporaries it seemed that the nineteenth-century age of relative peace and limited war had passed for good. After the conclusion of the Second World War, European integration and the strengthening of Europe's identity as a geopolitical unit were above all responses to the barbarity of the preceding war-torn decades.

By the early twenty-first century, with the iron curtain drawn fully back and the introduction of the single currency achieved, the European post-war project seemed well on the way to "healing history's deep scars", and there was considerable reason for optimism as Europe became the global economy's largest trading bloc. Only a few years later the picture in Europe is very different: the continent is beset by major problems and burdened by anxieties. Some of these, including the viability of the single-currency Union, flow from 2008's Global Financial Crisis. Others attest to rising populism and skepticism towards Europe's supra-national experiment. Many are fearful of the impact of war in the Ukraine and the spread of Russia's influence. The postwar narrative of European cohesion struggles to find its next chapter.

The situation unfolding in Europe since 2008 is clearly the main purview of economists and political scientists, yet presentist analyses of Europe's multiple concurrent crises are not sufficient. With riots in Greece over austerity measures, economic paralysis and hardship in Spain, Portugal, Italy and Ireland caused by unmanageable sovereign debts, and tensions generated by the accession of eastern European states to the Union, old faultlines -- economic, political, and social -- threaten Europe anew.

Some of these are cardinal ones of north-south, east-west, and centre-periphery -- all lines of division that European integration assiduously sought to diminish -- but they have been exacerbated in the present by the changing dynamics of a global economy, complex new migration flows, and new meanings emerging from old memories. As historians, we look at these threatening tectonic shifts in Europe's geopolitics and see the opportunity for fresh and more nuanced reflection on past lines of division, as well as areas of cohesion, in Europe's modern history. Europe's recent past is revealing both old and new faultlines, some of which had effectively been veiled by discursive regimes emphasising European cohesion.

Such discourses, epitomized by rhetoric surrounding the introduction of the Euro currency in 2002 and supported by a period of economic optimism, had reigned supreme during the early years of the twenty-first century. The GFC sharply ended their hegemony, and the future of Europe suddenly began to look deeply uncertain. Although the president of the European Commission, José Manuel Barroso, may justifiably have declared in his 2013 State of the Union address to the European Parliament that the enlargement of Europe had healed history's deep scars, the continent's institutional relationship with those memories clearly risks being as shallow as Peter Novick's provocative commandment never to forget ‘the massacre of the Albigensians'.

What is the point of ‘healing' a traumatic past if one does learn to recognise and offset the same fundamental tensions as they re-emerge? And Europe's old wounds indeed remain visible, as they threaten to re-open, now along well-marked lines, now in jagged new ways. The same faultlines of ethnic and class politics -- allegedly recomposed by European integration and the defeat of Communism -- now shake both the familiar rhetoric linking Germany's current economic hegemony to its Nazi past, and the more unexpected flirtation between Europe's right-wing populist xenophobes and Putin's Russia, for instance.

As we did with the 2013 AAEH conference, therefore, we continue to invite scholars to reconsider Europe's history in the light of this very different atmosphere and environment. Although historians are in the business of looking backwards rather than forwards, and are wary of letting the choppy texture of the present unduly influence their interpretations of the past, the prospects of the contemporary age inevitably colour the way the past looks at a given moment. The only moment that really matters, after all, is the one we inhabit right now.

But more than ever, in this fragile present, dispassionate commitment to the never-ending task of reconciling the faultlines of the past -- national, regional, ethnic, social class, and so on -- is essential if Europe's functional cohesion, and its uniquely social-democratic vision, are to be sustained into the future.

"Reconciling the Faultines of Europe's Past"