Updating German Thrift for the Age of Austerity 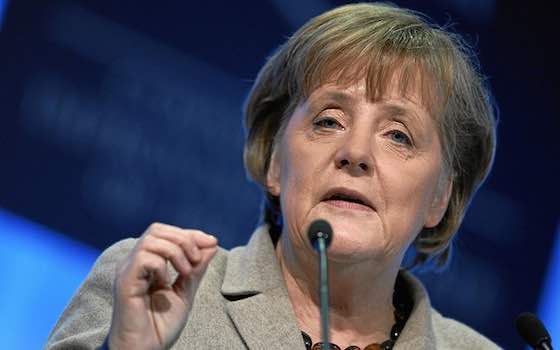 Updating German Thrift for the Age of Austerity

Thriftiness has served Germany well in the past, but the German culture of austerity suffers from selective memory.

The latest showdown in the European Union features the election of the very first anti-austerity government in Greece, cold disillusionment among the EU's political elite, and the prospect of a broken promise, which could push financial markets into a tailspin in the near future.

Last month’s electoral victory by Greece’s left-wing Syriza party, which was driven by the promise of non-adherence to the harsh austerity conditions imposed on the country, threatens a $130-billion rescue package that Greece needs to stay solvent. If no agreement between the warring parties is found soon, the possibility of a Greek exit — or “Grexit” — from the eurozone becomes a real possibility. The repercussions for the euro, the union's common currency, are largely unknown.

As Europe’s economic powerhouse, Germany has taken the lead in arguing for the austerity conditions imposed on Greece. But many economic experts and political officials have begun turning against the German-prescribed medicine and are increasingly calling for debt relief for the crisis-stricken nation.

U.S. President Barack Obama acknowledged the need for structural reforms in Greece, but was hesitant to fully endorse the austerity measures. “You cannot keep on squeezing countries that are in the midst of depression,” he said during an appearance on Fareed Zakaria's GPS. He furthermore emphasized that Greece's economy has contracted by 25 percent since 2008.

In Europe, French President Francois Hollande has also been putting pressure on the German government to loosen the strict conditions imposed on EU member states in crisis. Meanwhile, European Commission President Jean-Claude Juncker, Italian Prime Minister Matteo Renzi, and even the International Monetary Fund have urged a more flexible interpretation of the EU’s Stability and Growth Pact, which provides the legal authority for the austerity conditions.

And last month, more than 30 economists urged Greece's lenders in an open letter to provide debt relief for the distressed country. They also called on the Greek government to “abandon the austerity programme that is crushing economic activity.”

Besides compassion for the long-suffering Greeks, there are real economic concerns that need to be addressed. After all, a country with a contracted economy will collect fewer tax revenues and is therefore less likely to pay back its financial obligations in time.

So why is Germany so set on enforcing the rules when so many others have taken an opposing stance? Certainly, a strong belief in structural reform and a desire not to waste German taxpayer money play a significant role.

But another contributor to the German insistence on austerity can perhaps be explained by a very different variable: culture.

In his book Mindsets, sociologist Glen Fisher describes culture as a “design that has been socially created, tested, and shared.” In other words, culture is a way of coping with the world that has proven to be successful for previous generations.

Fisher argues that culture in more traditionally homogenous societies like Germany functions almost like a standard operating procedure, and thinks up to 80 percent of an individual's behavior can be explained by it.

The virtue of austerity is deeply embedded in the German culture and dates back to the canon of “Prussian Virtues” that accompanied the rise of Prussia in the early to mid-1700s. It survived the hyperinflation of the 1920s and turned out to be very useful in an immediate post-World War II period characterized by extreme poverty. Past events like these often have a profound effect on a society's culture — a phenomenon that Fisher calls “deep culture.” The lessons taught to society by times of severe distress effectively become part of its culture and continue to exist in its collective memory.

To forward lessons learned from past experiences to new generations, cultures produce proverbs, idioms, and traditions that serve as a constant reminder of its virtues. Germany exhibits a great many of these to teach the values of thriftiness. Proverbs like “Those who don't revere the penny aren't worthy of the money” and “Save in time to prepare for hardship” constantly emphasize the importance of savings to German-speakers. Even the German language itself gives hints as to how a negative balance sheet should be viewed: The words for “debt” and “guilt” are etymologically the same.

Children learn at an early age the virtues of savings by participating in World Savings Day, which is usually observed on the last business day of October. Armed with their piggy banks, children are taken to the local bank where their savings accounts are located — yes, kids have savings accounts in Germany — and in return get a free present, usually a toy of some sort.

Given all these cultural reinforcements, the value of austerity is firmly enshrined in contemporary German society. And the results are positive indeed. Household savings of disposable income are roughly 10 percent in Germany — more than twice as much as in the United States. The use of credit cards or layaway purchases is reduced to a minimum.

Higher education, moreover, is free or close to free in Germany, so the kinds of debt American students take on is virtually unthinkable. Before immigrating to the United States, I remember getting caught up in conversations with Americans who could not believe that I was actually debt free. I, on the other hand, could not understand how all my American friends had accrued so much debt (now I do). For young Germans, it is simply not normal to be in debt.

Germans are not only much more likely to put their money aside. They’re also much less likely to invest it than Americans are. For instance, less than half of all Germans decide to buy property, the lowest figure for any EU member state.

And since politicians are only people, too, the country has been refusing to invest in its aging infrastructure or to give significant tax breaks to its people. This is despite running not only a budget surplus but, in the first half of last year, the biggest budget surplus since its reunification in 1990. Whereas saving money in general may be a good thing, many economists at least partially blame Germany's reluctance to avoid debt and deficits for Europe's stagnant economy.

The German virtue of austerity, and its many reinforcing messages found throughout German culture, creates an image structure in the German mind, which — like all minds — strives for cognitive consistency. As general psychology teaches us, minds not only strive for cognitive consistency but also engage in selective perception. In other words, humans tend to pick up pieces of information that fit their existing worldview. At the same time, they fail to perceive things that contradict it. Doing so would lead to cognitive dissonance.

Hence, all the messages in favor of debt relief for Greece and all the arguments for growth policies, as Obama calls them, are falling on deaf ears in Germany.

From a German perspective, it’s consequently very difficult to prescribe anything but austerity as a cure for Greece's financial troubles. It’s not necessarily malevolence toward the Greeks as it is an inability to grasp the concept of so-called growth policies and debt relief. You incur debt, you pay it. To avoid financial trouble, you save up. It’s that simple. This holds true not only for the current Greek debt crisis but also for economic policies in general.

Interestingly enough, German newspapers have praised America's economic comeback but remain extremely wary of the policy of quantitative easing. Although economists have credited this policy for helping revive the American economy, quantitative easing is ridiculed in Europe as simply a way of printing more money to solve financial problems.

Of course, such cultural generalizations are just that: generalizations. They do not hold true for all of society's members. They do, however, point to a general way of thinking by a great many members of a given society. Thus, even if Merkel herself sees the logic in debt relief, she still has to answer to German society if she and her Christian Democrats want to be reelected.

The German virtue of austerity carries with it an abundance of benefits, many of which have served me well personally throughout my life. Most Germans don't have to struggle nearly as much as Americans in paying back personal debt, and budget surpluses within the government allow for investments that can benefit that country and the union it is part of — at least, where there is the will to make them.

But these investments have to be made, especially in times of trouble. In the case of Germany, two important lessons have yet to be incorporated into its culture.

In the aftermath of World War I, the country was forced to take full responsibility for damages incurred during the war. The Allies forced on it economic conditions so harsh that Germans turned to radicalism and elected a fascist government. In the aftermath of World War II, on the other hand, the Marshall Plan provided immediate financial relief to the war-torn nation. While Germany rebuilt its economy from scratch, much of the incurred debt was forgiven and payments postponed. The result was a thriving German economy that went on to become a productive member of the international community.

Germany has now grown to be the leading economic power in Europe. This success results at least in part from its generous treatment during those tumultuous times. Perhaps it’s time for Germany to apply those lessons to Europe more generally.

Stefan Haus is an analyst and a government consultant in Washington, DC. He graduated with a BA in Political Science and an MA in International Studies and focuses his work on matters pertaining to national and international security.

"Updating German Thrift for the Age of Austerity"