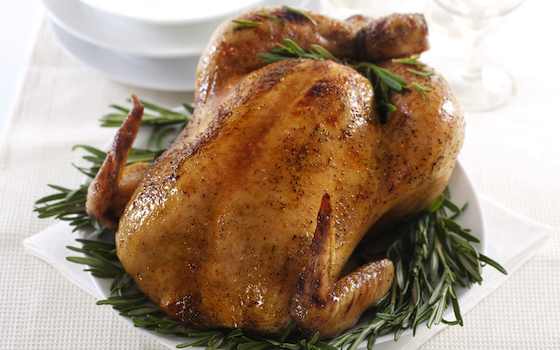 One of the most-asked questions cooks hear is what kind of stuffing or dressing they plan to make to go with their Thanksgiving turkey. And the next-most-asked question is probably: What's the difference between a stuffing and a dressing, anyway?

The answer to that second question is complicated. Some people say, with good reason, that a stuffing is exactly what the word implies: a mixture stuffed inside the turkey, while a dressing is cooked separately. But there's also a regional difference in terminology: Most cooks in the American South use the term "dressing" regardless of where the mixture cooks, while more Northerners prefer to say "stuffing." So either word can be accurate, however you prepare your stuffing or dressing.

Then come the issues of food safety, nutrition, and convenience.

Some people believe that stuffing runs a risk of contamination because it goes inside the turkey's body cavity before cooking and could possibly absorb any bacteria present, fostering their growth. However, if you stuff the turkey just before cooking and roast it long enough for the stuffing's internal temperature to reach at least 165 degrees F., which will kill off any bacteria, that concern is negligible.

Nutrition experts will also say that stuffing cooked inside a turkey will absorb more of its drippings, resulting in a side dish higher in fat. While there is some truth to that, I don't think it really makes a big difference, especially considering that stuffings and dressings usually already contain butter or oil to enrich them, and they're a relatively small part of a much larger meal.

As for the matter of convenience, there are actual advantages to preparing a separate dressing rather than an in-the-bird stuffing. Turkeys roasted unstuffed generally cook 30 minutes to 1 hour more quickly, depending on size. So if timing is an issue, your choice is clear.

To tell you the truth, I enjoy both stuffings and dressings, and will do one or the other depending on my mood. But cooking the traditional accompaniment separately holds other advantages. First, you can prepare a separate dressing ahead of time, having it ready to pop in the oven toward the end of the turkey's roasting time, or even while it rests before carving. A dressing also gives you the chance to be more creative in presentation.

Consider my Thanksgiving Turkey Harvest Dressing recipe which is mounded in individual portions on top of pretty rings of acorn squash. (But the mixture, minus the squash, is also delicious stuffed inside the turkey!)

Spread the walnuts in a single layer on a baking sheet or in a baking pan.

Toast them in the oven until they turn fragrant and darken slightly in color, 5 to 10 minutes, checking carefully to make sure they don't burn. Remove them from the oven and set aside to cool while preparing the other ingredients; the walnuts will continue to darken slightly from residual heat.

Melt the butter in a large saute pan over medium-high heat.

When the butter starts to foam, add the cranberries, carrots, celery, onion, sage, salt, and black pepper to taste.

Saute, stirring frequently, until the mixture is fragrant and the onion turns translucent, 7 to 10 minutes.

Add the bread cubes, apple, and walnut pieces. Stir gently, taking care not to break up the bread too much, until the ingredients are combined and the bread has absorbed some of the butter and any juices from the vegetables.

Add the 1 cup of broth and stir gently until it has been absorbed, adding a little more broth if necessary if the mixture seems too dry. (It should be just moist enough to hold together without any excess liquid.) Remove the mixture from the heat and set aside. (If preparing in advance, at this point the mixture can be cooled to room temperature, transferred to a clean container, covered, and refrigerated.)

About 45 minutes before serving time, prepare the acorn squash.

Using a sharp knife and working carefully on a nonslip cutting board, cut off about 1 inch from both the stem end and bottom end of each squash. Then, continue cutting each squash crosswise into 4 equally thick rings, to make 8 rings in all. Place the rings flat on the cutting board and, with a spoon, scrape out and discard the seeds and fibers from inside each ring.

Brush both sides of each squash ring with the melted butter and arrange the rings on a baking sheet. With a spoon, neatly mound the dressing mixture on top of the squash rings, dividing it evenly among the rings. Bake in the preheated oven until the dressing is golden brown and the squash is tender when tested with the tip of a small, sharp knife, about 30 minutes.

Use a spatula to transfer the squash rings and dressing to individual serving plates.