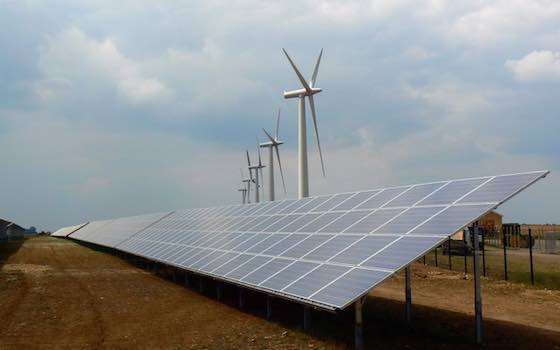 By framing measles vaccinations as a matter of choice, Senator Rand Paul made himself -- along with all politicians who value individual liberty more than the common good -- look silly.

Bruce Jenner is sporting nail polish and a ponytail. If the Olympic gold medalist gets both a new identity a personal reality TV show, it may take a bite out of discrimination against trans people.

And, conservative leaders are teaming up with environmentalists to give Florida voters a shot at "solar choice." This "Green Tea Party" trend is making it harder for Republicans to embrace fossil fuels and shun renewable energy.

Clearly, shedding flawed conventional notions of all kinds is tough -- but not impossible.

People "lock into belief systems," explains the solar power entrepreneur and climate-action philanthropist Jeremy Leggett. "We prefer to believe in the potency of things and systems that we have as opposed to other alternatives that might be rationally much more appropriate."

After years of exposure to propaganda paid for by oil, gas, and coal companies, most people believe "alternatives to their wares are not for grownups," Leggett wrote in The Energy of Nations.

A recent USA Today editorial on oil drilling offers a great example of this dynamic. The editors object to President Barack Obama's recent declaration that Big Oil should keep its paws off the Arctic National Wildlife Refuge. “Drill, with care, in ANWR and everywhere,” they advocate.

Wait. Isn't drilling “with care” as implausible as getting a little pregnant?

And I'd like to hear more about this kinder, gentler "drill, baby, drill" business. Do caribou get manicures when rescue workers wipe spilled crude off their fur?

Ignoring renewable energy's dizzying growth, the editorial writers scoff at the sector's 8 percent share of the total U.S. energy market and dismiss it as "not yet economical on a large scale."

More of the nation's new electric generation capacity that went online in 2014 came from renewable sources than natural gas.

Rooftop solar power already costs about the same or less than dirty-energy options in 10 states. It's likely to become competitive -- without subsidies -- in all 50 states next year.

But green energy won't hit critical mass until conventional wisdom stops dismissing the prospect of wind, solar, and other options supplanting fossil fuels as some kind of joke.

A real power shift requires the kind of “aha moment” seen 500 years ago when the explorer Ferdinand Magellan proved once and for all that the world was round with his legendary voyage. Likewise, the dramatic surge in renewable energy won't resonate until it registers with a wider audience.

Climate-hugging billionaires have already put a toe into the seas of popular culture with Years of Living Dangerously. Celebrities ranging from actress Jessica Alba to food writer Mark Bittman tried to raise awareness about global warming’s dangers in the Showtime documentary series.

That scary approach didn't draw many viewers. How about trying something more fun?

Given what it's taking to shake anti-vaccine myths, LGBT intolerance, and the War on Solar, rewiring the world clearly calls for more than facts, figures, and the specter of calamities.

And getting a little goofy is bound to change more minds than scaring viewers out of their wits.