Faking It While the World Burns 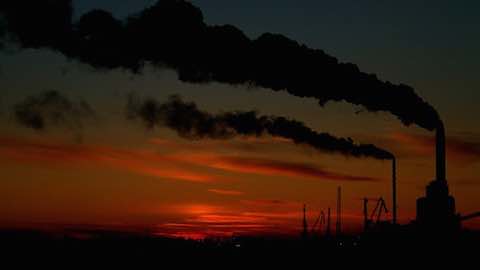 Faking It While the World Burns

Rex Tillerson, of all people, just did the climate movement a big favor.

What did Tillerson, whom Forbes ranks among the world’s most powerful people, do? He disclosed his take on the proper role for big oil and gas companies regarding global warming, declaring: "We're not going to fake it."

The head of the biggest U.S. oil company made this blunt statement after reporters and investors prodded him about the company’s climate change plans. Exxon’s European competitors, including BP, Shell, and Total, admit that fossil fuels harm the climate and want to be "part of the solution,” as Total CEO Patrick Pouyanne puts it.

These corporations are even urging world leaders to make them pay for their carbon pollution -- a move bound to crimp oil consumption.

Most Americans worry about global warming. By refusing to voluntarily revamp their business models, Exxon and No. 2 U.S. oil company Chevron are leaving it up to you to use less dirty energy. You know, drive less. Turn off more lights.

Maybe you think President Barack Obama is on it. But he's consistently inconsistent with climate action. One day he’s doing something nice for a dirty-energy industry. The next, he’s making a poignant statement about global warming.

Meanwhile, Obama warned during his tour of the National Hurricane Center that climate change is fueling extreme weather. He acknowledged via an inaugural tweet that climate action is a national security priority, and talked about that connection in a commencement address at the Coast Guard Academy.

"This is the only planet we've got," Obama said in a recent radio address. "And years from now, I want to be able to look our children and grandchildren in the eye and tell them that we did everything we could to protect it."

Shell is embarking on the arctic oil drilling the Obama administration approved off the Alaskan coast, Seattle's kayactivists be damned. Who cares if Ben van Beurden, its CEO, admonished fellow oil-industry leaders for being "slow to acknowledge climate change"?

Five years after its Deepwater Horizon disaster sullied the Gulf of Mexico, BP is on the verge of initiating oil drilling off Australia's southern coast -- a more remote area. But BP CEO Bob Dudley noted earlier this year that "the most likely path for carbon emissions, despite current government policies and intentions, does not appear sustainable."

Words can't slow the pace of climate change or protect the environment from the other ravages of fossil-fuel extraction. And corporate and political leaders who say they care and then fail to take meaningful climate action are lulling the rest of us into thinking they’re doing what it takes.

In turn, that’s delaying the tough work required to shift toward an economy fueled by greener energy. Rex Tillerson is right: They're faking it.

Emily Schwartz Greco is the managing editor of OtherWords, a non-profit national editorial service run by the Institute for Policy Studies. OtherWords.org.

"Faking It While the World Burns "