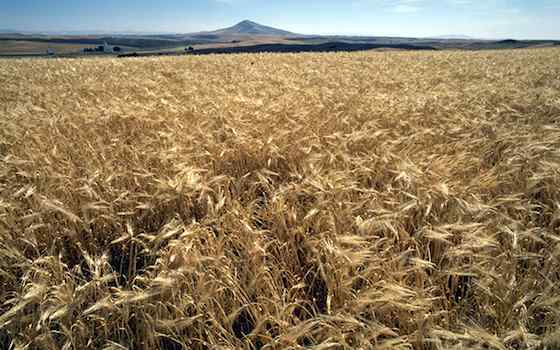 by Kent Butts and Bryan McDonald

When we talk about competing for scarce resources, we still tend to focus on old topics such as oil. That's got to change, say Kent Butts and Bryan McDonald. Food and the resources needed to produce it are now the greatest security challenge that most states face, which is why it's time to cooperate on environmental security

The classical geopoliticians of the late nineteenth century -- writing under the influence of centuries of expansionist European wars, resource-based colonial empires, and the Darwinian concept of survival of the fittest -- once viewed the state as a living organism driven to grow and expand in a quest for "living space" and the resources necessary to sustain an industrial economy. In contrast, geopolitical concepts of the last 65 years have been characterized by an acceptance of static political borders, resource access via free trade, and the expansion of security studies to include economic growth and environmental change. While no one wants to return to the concept of the "living" state, the geopolitics of the next three decades is likely to be shaped by resource issues and states' needs for them.

In this period, states must confront a rising global population while managing the twin phenomena of climate change and increasing competition for scarce resources. As a result, environmental issues will become more closely intertwined with national security policy. While discussions of resource competition still tend to focus on twentieth-century flashpoints like oil, food -- and the water, energy and land necessary for its production -- is now a critical national security concern.

Today, the world faces a complex set of food-related problems quite distinct from those of the mid-twentieth century, when states worried about population outpacing food supplies. For instance, at present there are high numbers of people who are chronically hungry (the UN's Food and Agriculture Organization estimates 842 million between 2011 and 2013) alongside a global epidemic of people who are overweight or obese (the Overseas Development Institute estimates the number at 1.5 billion adults). This paradox demonstrates that food security turns on questions of what people eat as well as how much.

In coming decades, further shifts in the global food landscape are likely as the world's population grows and changes, and food, water and energy security become increasingly intertwined. Not only will the global population increase from 7 to 9 billion by mid-century, it will also become older, more urban and wealthier. This will dramatically increase the demand for meat, dairy and processed foods -- with significant consequences for agricultural suppliers. Moreover, the world's food, water and energy systems will become increasingly interdependent, creating a nexus of interactivity that the National Intelligence Council has recognized as one of the megatrends that will shape the future of global politics.

Recent events have made issues of food security seem particularly serious. Since 2008, high food prices and high food price volatility have contributed to unrest and violence in more than 40 countries. But these events are not without historical precedent. In the mid-17th century, poor governance, religious conflict, and climate change (in that case, a period of global cooling) converged in a general crisis that resulted in state collapse and widespread human mortality -- with food shortages often serving as key triggers for protests and violence. Nevertheless, poor harvests and food shortages do not cause rioting or state failure. Governance, state capacity, and politics all make a difference in whether a challenge becomes a catastrophe.

Environmental pressures underline the urgency of cooperatively promoting food security -- through programs such as the US State Department'sFeed the Future initiative and U.S. Africa Command's efforts to improve the food security of troops in the Democratic Republic of the Congo -- rather than schemes that pit states against one another. The challenge will be to prevent such programs from losing funding and momentum over the long-term. In a warming and networked world, no society can afford to pretend that food security is not a national security issue.

Competition over resources such as food, land, water and fuel has long been considered fundamental to the nation-state system. Geopolitical literature tends to address resource issues in the context of industrialized states seeking to preserve their security by ensuring a reliable supply of industrial materials through trade with friendly states. This view certainly applies to contemporary China, with its growing appetite for imported resources, double-digit economic growth over the last two decades, and impact on resource prices. Moreover, the continued scarcity of certain resources (and their concentration in certain countries) means that the manipulation of exports for political leverage remains prevalent.

Environmental security is often associated with the idea of human security, whose proponents argue that security should be measured in human rather than state terms. While the discourse of human security has become more prominent in recent years, the environment has been a security issue for far longer. For instance, the Bruntland Comission's Our Common Future report in 1987 and the UNDP's watershed 1994 Human Development Report, both argued that environmentally insecure states were more likely to fail. Analyses such as these help to justify the focus of the national security community on environmental concerns.

Three recent examples illustrate why the connection between environmental degradation and security remains a powerful one. The first is China's drive to ensure steady economic growth in order to prevent social unrest, in which it is sacrificing its short-term environmental security for what it perceives (inaccurately) to be long-term security gains. The second is the so-called Arab Spring, in which existing tensions and dissatisfaction with state governments were exacerbated by rising food prices and food price volatility. The third is the long-term drought and food insecurity in North Africa and the Maghreb, which is contributing to migration into Europe and producing ungoverned spaces into which terrorist groups are expanding.

Cases such as these are likely to proliferate in the coming years. The recently published UN Intergovernmental Panel on Climate Change 5th Assessment states with high confidence that, "ecosystems and cultures are already at risk from climate change." With rain-fed agriculture particularly vulnerable, destabilizing intra- and inter- state conflict is expected. States may seek to meet the challenges they face by increasing food self-sufficiency and reducing their dependence on global food systems. Indeed, there have already been efforts by some states to hedge against future food shortages or price increases through large-scale land acquisition in foreign countries. But these remain individual rather than global strategies, perhaps improving food security for one state while decreasing it for others.

While shared threats and vulnerabilities to the effects of environmental and climate change can lead to conflict, they can also create opportunities for cooperation. Since the 1980s, environmental peacebuilding has been a valuable diplomatic tool that has been used to promote water cooperation between Israel and the Palestinians and disaster preparedness cooperation between India, Pakistan and China. It has also been identified by all of the US Geographic Combatant Commands as a regional cooperation measure that can build the capacity of regional militaries to support the efforts of civilian governments to address environmental security problems. Environmental peacebuilding can use the common interests of affected states to strengthen food -- and therefore international -- security.

Kent Butts is a senior lecturer in the School of Public Affairs at Penn State Harrisburg and formerly directed the National Security Issues Branch at the US Army War College.

Bryan McDonald is an assistant professor of History at Penn State University and the author of Food Security (Polity Press, 2010).