Plastic Bags are Not a Need - Just a Bad Habit 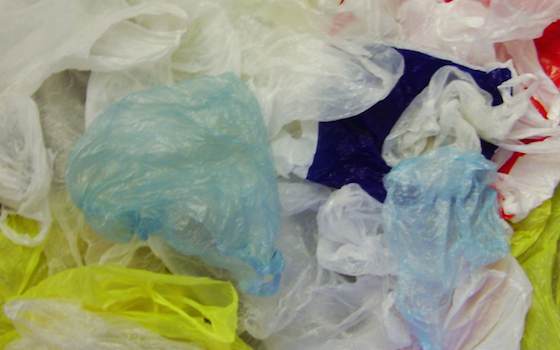 Plastic Bags are Not a Need - Just a Bad Habit

A lot of what we call need is really only habit.

"But I need those bags," plastic bag lovers say, when what they really mean is that they use those bags to carry groceries, pick up pet poop, discard vegetable peels or line the bathroom trash can.

That is not a need.

That is a habit. A routine. A customary behavior that, in this case, is also a convenience.

Wait, wait. Hang on to your rotten tomatoes. This isn't another lecture on why phasing out free plastic shopping bags is a good idea, though it is a good idea.

As a recovering plastic bag user who still too often forgets to bring my reusable bags to the grocery store, I'm only asking that you consider the idea that the enlightened people of the future will one day view our reckless plastic bag consumption as a curious 20th century custom. They will be amazed that we ever referred to it as need.

In its strict sense, a need is a necessity. It's something without which something else cannot survive.

For human beings, according to the famous hierarchy of needs devised by the psychologist , those needs range from the basic and physiological to the highest realm, called self-actualization.

Basic needs include food, water, sex, sleep, excretion and, for some of us, coffee.

Self-actualization includes creativity, morality and, for some of us, coffee.

Nowhere is there a mention of plastic bags.

Now, tea drinkers may be tsking, "That is ridiculous to call coffee a need" and, strictly speaking, they're right.

I added "coffee" to Maslow's hierarchy because on the average morning it's on my needs chart ahead of food.

At , I really do perceive coffee as a need.

It's human nature. The more often you do something, the likelier you are to depend on it, crave it, confuse it with necessity. Though I reluctantly accept the fact that if coffee were banned tomorrow, I could survive, less actualized, on .

The good kind are grounded in discipline and awareness. The bad kind are a mix of desire, self-indulgence and barely conscious choice.

Good: flossing, exercising, saying thank you, tossing your dirty socks in the hamper instead of on the floor.

Bad: checking your email every two minutes. Having a second drink instead of flossing. Tossing your socks on the floor.

"Plastic Bags are Not a Need - Just a Bad Habit "