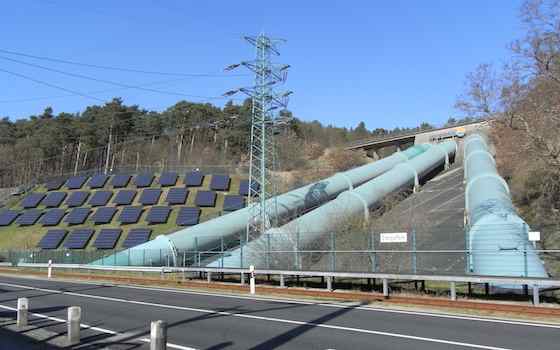 In order to improve our environmental security, should we think of water, food, energy and climate in nexus-like ways? Richard Matthew is skeptical. While 'nexus thinking' promises to reduce waste and inefficiency, it could also heighten inequality, instability and the potential for violent conflict

In the past five years, a powerful narrative of global environmental rescue has been crafted by leaders from business and government. This new thinking, known as the "water-food-energy-climate nexus," draws heavily on the vocabulary of sustainable development as it has evolved since the publication of the 1987 Brundtland Report, Our Common Future. But as straightforward and compelling as the concept of the nexus is, there are some important issues that it has not addressed that deserve serious thought and discussion. If these issues are neglected, implementing the recommendations that nexus proponents have developed could do more to hasten a violent future than avert one.

The most articulate and influential rendering of nexus thinking has emerged from a multi-year initiative organized by the World Economic Forum (WEF). WEF's 2011 study entitled Water Security: The Water-Food-Energy-Climate Nexus provides a detailed and empirically-grounded analysis of the nexus problematique, its current trajectory and what is required to address it.

In brief, the argument is as follows. Meeting the needs and aspirations of humankind requires vast quantities of "natural capital," such as water, oil and timber. Scientific studies, however, have made clear that contemporary agricultural, industrial and household activities have severely degraded and depleted natural capital, across the planet. Current behavior, in other words, is not sustainable. Further complicating matters, the blistering pace of population growth, economic development and urbanization anticipated over the next few decades will dramatically increase the demand for all of the most fundamental forms of natural capital. This means that allowing business as usual to continue for a few more years or decades could result in catastrophe.

Fortunately, through a dedicated and collaborative focus on efficiency and innovation, the world can move onto a new trajectory, one in which burgeoning human needs and aspirations are met in ways that preserve and respect natural capital. This is possible largely because of the vast amount of waste and inefficiency in our production and consumption systems, which have enabled outcomes such as unsustainably underpriced water. To realize this bold transformation, the authority of government must partner with the entrepreneurial spirit of business around a worldview that appreciates the vital interconnectedness of natural resources and an agenda that appreciates the need to act swiftly and decisively. Civil society is invited to help refine the vision and implement the program.

Three problems: inequality, insecurity and the potential for violence

There are at least three issues that have been neglected in the WEF report that could be critical to the success or failure of its transformative vision. First, the report asserts that "the agricultural sector, particularly in developing countries, often suffers from historically low levels of investment in technology and human capital as well as weak institutions." The point is that there are more efficient and benign ways to produce food than those being practiced today. This assertion is surely true: there are countries today in which shifting cultivation is still the norm; irrigation systems worldwide are woefully wasteful; heavy fertilizer use drives up food prices while killing aquatic life; and so on.

Indeed, efficient micro-irrigation technologies, such as those being used in Israel's Negev region, could dramatically reduce the water intensity of agricultural economies while increasing their productivity. Because (as Thomas Piketty has argued) income from capital investment increases at many times the rate of income that is dependent on general economic growth, this type of transformation could generate enormous profits and might also generate economic growth in many countries. Nevertheless, it might deepen inequality and do little to enhance food security, as it could mean that the poor -- fed by the inefficiently produced fruit of their own land -- would eat little better than they do today. This is why the implications of a capital-intensive upgrade of the agricultural sector deserve further consideration.

A second issue is closely related to the first one: nexus thinking is eloquent and compelling on the subjects of efficiency and innovation, but silent on the topics of equity and security. The billion plus people who remained destitute at the end of the twentieth century have now migrated into peri-urban squalor, lost land, assumed debts, remained illiterate, acquired drug-resistant pathogens, grown in numbers, and amassed cheap Cold War weapons and mobile phones. From a strategic perspective, they might well be thought of as a group that is easier to contain than to engage. If nexus thinking undergirds a transformation that intensifies insecurity and social divisions -- or worsens the conditions of the most vulnerable and disadvantaged -- even as it reduces the economic intensity of water and energy and builds resilience in the face of climate change, then the broader implications of this trade-off need to be considered.

Otherwise, rising inequality and insecurity could fuel a third issue that deserves attention -- the potential for violence. In South Asia, almost 25% of the planet's population survives on just 3% of its land surface, and water insecurity in these agricultural economies is widespread and growing. In the past year, the Asian Development Bank, the World Bank and the Intergovernmental Panel on Climate Change have all released reports describing groundwater depletion, erratic monsoons, recurrent droughts and extensive storms and flooding throughout South Asia. In this context, the argument that water is underpriced makes sense to some but is at odds with the experience of many living in South Asia today, most of whom regard water as a resource that is free to all. Indeed, in India, water is inscribed with spiritual and cultural significance that militates against the idea of turning it into a business venture. Add to this the potential for corruption that could emerge with charging for water, and the risk of insecurity leading to violent conflict could well rise alongside the transformation to sustainability. This would pose serious challenges to governments in countries like Pakistan and India, and many others around the world.

The prospect of urban riots and other forms of violence and instability is a real one that should be carefully considered, especially if it is likely that a nexus-inspired transformation would -- at least initially-- deepen economic inequality and social divisions, and reduce security. The recent experience of violence in countries such as Egypt and Syria suggests that it would be unwise to design a transformation that would require repression to sustain it. In order to avoid this, a clearer sense of the political, cultural and social implications of "the nexus" is needed.

While the nexus vision is a reasonable approach to reducing waste and inefficiency, it does not yet adequately address the concern that gains will aggregate mainly into the hands of the investors, deepening inequality, fostering corruption and creating conditions ripe for instability and violence. For these reasons, it would be wise to add equity and security to the nexus.

Richard A. Matthew (BA McGill; PhD Princeton) is a Professor at the University of California at Irvine, and founding Director of the Center for Unconventional Security Affairs (www.cusa.uci.edu)