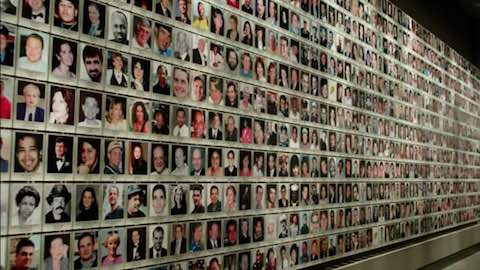 It is only by looking forward that we can avoid, or at least limit, the possibility of another major terrorist attack, which many believe is coming

How we love our anniversaries. Whether it's "the ," "Pearl Harbor" or "9-11" we choose to remember, the question is "Why?" Why remember? To honor the dead? Yes, that is a good reason. How about to remember loved ones and survivors? That, too, is commendable.

All of this, though, is about looking back, not forward. It is only by looking forward that we can avoid, or at least limit, the possibility of another major terrorist attack, which many believe is coming.

On , I wrote in this space: "The first step -- even before military action is contemplated or taken -- is to expel from this country the people and organizations tied to radical terrorist groups in the ."

That is becoming increasingly difficult to do in large part because terrorism is now rarely centered in one location, or under a single banner. The so-called "lone wolf," operating on his own with no paper trail and who is self-radicalized, remains the biggest challenge for those charged with our security.

Radical Islamists appear to be getting help from other nations that hate us, joining forces with them in what they consider a common goal: the destruction of . According to respected Corriere della Sera, reported in Investor's (IBD), "three terrorists operating out of have left that country to establish a permanent 'bridgehead' to the communist island, calling their clandestine operation 'The Caribbean Dossier.'"

It sounds like the title of a Cold War spy novel, except this isn't fiction. "Twenty-three other terrorists from the -linked terror group are expected to join the operation," reports IBD, "which has a startup budget of more than ."

Corriere reports, "The mission in is to provide logistical support for upcoming terrorist attacks planned in this hemisphere." So much for the left's defense of against charges it is a terrorist state.

Does anyone believe that terrorists won't be smuggled into the U.S. (if they are not already here) to kill more Americans, possibly with weapons of mass destruction?

That is the future we ultimately must confront is evident from its actions on multiple levels -- from subsidizing terrorism in , to meddling in the uprisings throughout the , to the development of the ultimate terrorist weapon: a nuclear bomb. also continues to promote the fiction that the U.S. attacked itself on 9-11. In a report carried by Independent Media Review and Analysis (IMRA), a senior official and career diplomat, Mohsen Pakaein, blamed American neoconservatives, saying they "have victimized thousands of Americans in a bid to attain an array of large-scale goals, including finding control over the world nations and their wealth."

Looking back 10 years should be a learning experience, a reminder of how the attacks were able to happen as the hijackers managed to avert every security firewall in place at the time.

Going forward, it would improve security if the remaining recommendations of the 9-11 Commission were implemented, including government action on federal standards for birth certificates and driver's licenses and allocation of radio spectrum space, which first responders need so as not to repeat the communications breakdowns so many experienced in 2001. In an editorial on these and other matters that need to be enacted by , The also lamented "The failure to fill the Privacy and Civil Liberties Oversight Board, which was created in 2004 to monitor actions across the government that affect privacy."

Why must we never forget 9-11? It's because this isn't as much about the past as the future. Our enemies are plotting to attack us again ... and again. We have not done all that is necessary to secure our future and we must do so before we are forced to ask a second time, "how did it happen?"