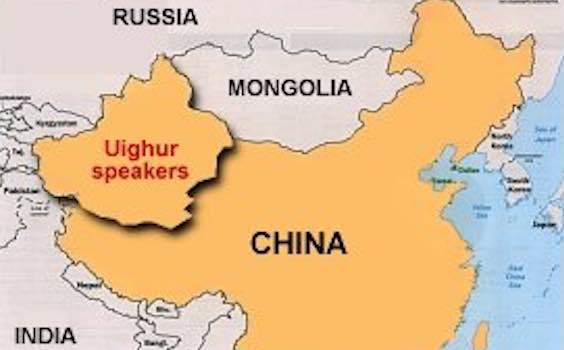 "China's official policy is of non-interference in other countries' internal affairs," reports the Financial Times (behind a paywall). However

Growing economic and strategic interests have tested that policy. China's navy began escorting ship convoys around the Horn of Africa after Somali piracy threatened oil and ore cargoes. Last year for the first time it contributed troops to a UN peacekeeping operation in Mali. A battalion of 700 Chinese troops is now joining UN Peacekeepers in South Sudan, with a mandate to guard Chinese-invested oilfields there.

... has offered to help Iraq defeat Sunni extremists with support for air strikes, according to Ibrahim Jafari, Iraq's foreign minister.

Wang Yi, Mr Jafari's Chinese counterpart, made the offer to help defeat the Islamic State of Iraq and the Levant, known as Isis, when the two men met in New York at September's UN antiterrorism meeting, Mr Jafari said.

Hong Lei, a foreign ministry spokesman, would not comment on whether China was supplying air support or missiles. In their meeting, Mr Wang had told Mr Jafari China backed Iraq's efforts to strengthen its anti-terror capacity, including intelligence exchange and personnel training, Mr Hong said.

"China has been fighting terrorism and has been providing support and assistance to Iraq, including the Kurdish region, in our own way, and we will continue to do so within the best of our capabilities," Mr Hong said.

For more on China's perspective, the Jerusalem Post reports:

Chinese members of the East Turkestan Islamic Movement (ETIM) are traveling to Syria via Turkey to join the Islamic State, also known as IS, the Global Times, a tabloid run by China's ruling Communist Party's official newspaper, the People's Daily, said.

"According to information from various sources, including security officers from Iraq's Kurdish region, Syria and Lebanon, around 300 Chinese extremists are fighting with IS in Iraq and Syria," the Global Times reported

ETIM is the same group that has staged attacks in Xinjiang, home to Muslim Uighurs. No doubt China doesn't want Islamic State fighters to be teaching extremist Uighurs how to behead Chinese or joining them in China.