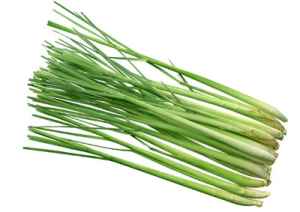 Whether I'm serving lunch at one of my fine dining restaurants, such as Spago or Chinois, or at my casual Wolfgang Puck Expresses, I always offer some kind of Asian-inspired chicken salad.

Not only do I love the way it tastes, but my guests have come to think of such salads over the last few decades as an ideal midday main course.

It's not hard to figure out why.

Main-course salads are very welcome light lunchtime fare, especially as the weather starts to warm up. And Asian chicken salads, which first captured our attention through the ever-popular Chinese version, are justifiably among the most popular.

The best way to explain their popularity, I think, is with the Chinese principle of yin and yang, the idea that opposites can complement each other, enhancing each other's characteristics. You certainly see that in action in an Asian chicken salad, which has lots of yin and yang going on: sweet and sour, spicy and mild, hot and cold, crunchy and tender. Think of Chinese chicken salads, for example, with their tender shredded chicken, crunchy almonds or peanuts and crispy rice noodles or chow mein noodles, sweet mandarin orange segments and tangy dressing.

Of course, that salad's popularity only makes me want to do something different, by offering a salad from another part of Asia -- Thailand!

You can make my Thai Grilled Chicken Salad easily with ingredients found in many well-stocked supermarkets, ethnic food stores, or farmers' markets today. Head for the Asian foods aisle to find cans of coconut milk and containers of ready-to-use Thai curry paste (or buy them online). The produce aisle or farmers' market will probably have fresh lemongrass stalks, which have a lovely citrusy perfume; but you could substitute, instead, some pieces of dried lemongrass, sold in cellophane packets, or even a few strips of lemon zest removed from the surface of the fruit's peel with a swivel-bladed vegetable peeler.

Easy though the recipe is, be sure to allow enough time to marinate the chicken, giving the mild meat lively new flavor; and to make the dressing, which relies on sauteing its aromatic ingredients and reducing its mixture of liquids to give the final results real punch.

The salad makes a terrific weekend lunch, or a satisfying and refreshing dinner at the end of a long, hot summer day. You can also vary the recipe by substituting steak, pork, or turkey breast cutlets for the chicken; or use shrimp, reducing the marinating time to no more than an hour or so.

You can even cook the chicken or other featured ingredient in advance, and serve it cold on top of the salad. The result may be a little less yang, but no less satisfying!

Start marinating the chicken 8 to 24 hours ahead. In a shallow, nonreactive dish, stir together the coconut milk, soy sauce, garlic, scallion, ginger, and sliced lime. Add the chicken breasts and turn in the marinade to coat evenly. Cover with plastic wrap and refrigerate, turning the chicken occasionally.

Before preparing the salads, make the vinaigrette. In a medium-sized saucepan, heat 1 tablespoon of the oil over medium-high heat. Add the garlic, ginger, and lemongrass and saute, stirring continuously, until fragrant, about 2 minutes. Reduce the heat to medium, add the curry paste, and saute until fragrant and slightly darkened in color, about 1 minute, taking care not to let it burn.

Pour the reduced liquid through a fine-meshed strainer set over a mixing bowl. With a rubber spatula, press down on the solids. Discard the solids. Let the liquid in the bowl cool. Then, transfer it to a blender. With the blender running on high speed, drizzle in the remaining oil to form a thick emulsion. Pulse in 1 to 2 tablespoons lime juice and salt and pepper to taste.

Preheat an outdoor grill, an indoor grill, or the broiler. Remove the chicken breasts from the marinade and grill or broil them until cooked through, 4 to 5 minutes per side. (Carefully cut into the center of one to check for doneness.)

To assemble the salads, put the greens, carrot, onion, scallions, and radishes in a mixing bowl. Drizzle lightly with about 1/2 cup of the vinaigrette and toss well. Mound the salad attractively on 4 large dinner plates. With a sharp knife, cut each chicken breast crosswise into thin slices and arrange on top of each salad. Garnish with cashews and cilantro leaves. Drizzle more vinaigrette over the chicken. Place 2 lime wedges on each plate for guests to squeeze over the salads to taste. Serve immediately.