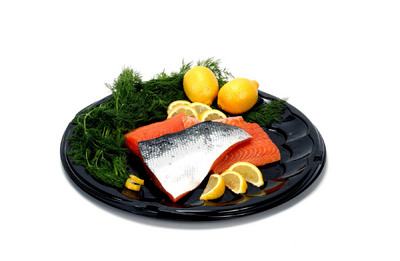 If cooks had to vote on the homeliest looking vegetable in the market, I'm pretty sure that celery root, also called celeriac, would win by a landslide. As big as a softball, with tough, knobby brown skin punctuated by whisker-like rootlets, it looks like the vegetable equivalent of an ogre from a fairy tale. No wonder so few people cook it or eat it.

But just like so many fairy tale characters, celery root, which is just coming into its peak of season around now, is not what its appearance might lead you to believe. A relative of the plant that gives us familiar crisp and cool celery stalks for salads and snacks, celery root has ivory-colored flesh with a surprisingly mild, delicate flavor reminiscent of its much more popular cousin.

I especially like celery root's versatility. Like celery stalks, it's surprisingly good in salads, most often shredded and coated with a dressing of mayonnaise and a touch of Dijon mustard to make the French country-style appetizer or side dish known as celeri-rave remoulade. My favorite way to use it, though, is cooked and pureed, with a little bit of potato to add some starchy body, as a side dish for delicate main courses such as seafood or poultry.

Whatever you plan to make with celery root, look for medium-sized specimens that feel heavy and firm; avoid those that have any soft spots or look bruised. Keep the root in the refrigerator's vegetable bin for up to 5 days. Before cooking it, scrub away any dirt with a kitchen brush under cold running water. Then, working carefully with a small, sharp knife, thickly peel away the toughest, bumpiest parts of the skin; you can use a swivel-bladed vegetable peeler to complete the job. If you won't be cooking it right away, put it in a bowl of cold water into which you've squeezed a little lemon juice, to keep the celery root's surface from oxidizing.

As you'll see from my recipe for salmon with celery root puree, a recipe I've prepared in the past for the stars attending the Governors Ball following Hollywood's Academy Awards ceremony, the vegetable cooks as quickly as potato. You can make the puree in advance, if you like, and then keep it warm in a pan set over a larger pan of gently simmering water; or you can even reheat the puree, adding a little more milk or cream to the pan in which you warm it.

When you serve the dish, have fun asking your guests if they can identify the puree. Some might ask if you included some celery in the mashed potatoes. But few, I bet, will guess that you've transformed an unattractive vegetable into such a beautiful main dish.

Start preparing the Celery Root Puree (below), cooking it while you also prepare the salmon.

Meanwhile, put the salmon fillets on a clean platter or work surface. On a separate plate, spread the sesame seeds. Put the butter and ginger in a small saucepan and cook over low heat, stirring occasionally, until the butter has melted.

Brush a salmon fillet on both sides with the butter mixture; then, roll the fillet in the sesame seeds to coat it evenly, and transfer to the baking pan. Repeat with the remaining fillets. Put the pan in the refrigerator to set the coating for about 15 minutes.

Put the baking pan in the oven and roast the salmon fillets until the sesame seeds are golden brown and the salmon is still rare inside, about 3 minutes.

Spoon the Celery Root Puree onto individual heated serving plates. Lean a salmon fillet along a side of the puree. Serve immediately.

1 teaspoon salt, plus extra for seasoning

Place the celery root and potato cubes in a medium saucepan and add cold water to cover by about 1 inch (2.5 cm). Add the 1 teaspoon salt, bring to a boil over high heat, and cook until the vegetables are tender, offering no resistance to the tip of a small, sharp knife, 15 to 20 minutes.

Drain well and return the celery root and potato to the pan. Pour in the cream, bring to a simmer over medium heat, and cook, stirring occasionally with a wooden spoon, until the vegetables have broken up coarsely and absorbed most of the thickened cream, about 10 minutes. Remove the pan from the heat, stir in the butter, and season to taste with white pepper and more salt.

Position a food mill on top of a mixing bowl. Pour the vegetables into the mill and turn its crank to puree the mixtures. Return the puree to the pan and keep warm, covered, over a larger pan of gently simmering water until ready to serve.