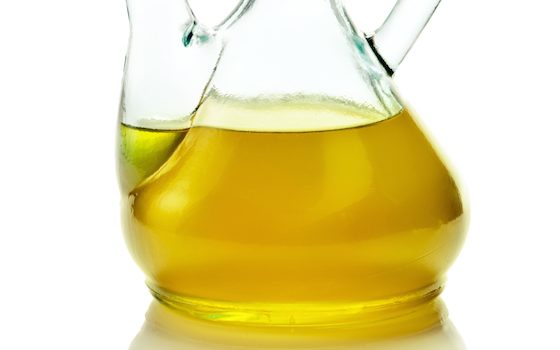 The olive tree, which dates back at least 6,000 years, has long been a symbol of friendship among nations. In fact, the dove with an olive branch is a long-standing icon of peace, and olive branches were awarded to the winners of Olympic Games as a token of victory. For just as many years, the precious oil from olives has been regarded as a health tonic. Now research on the health benefits of the Mediterranean diet -- with olive oil holding a key role -- seems to confirm its status.

Benefits of olive oil consumption include prevention of cardiovascular disease and other chronic health problems such as stroke, metabolic syndrome, inflammation and some cancers. An analysis of data from the European Prospective Investigation into Cancer (EPIC) study, published in in 2011, showed a significantly reduced risk of cancer in the Greek population among those who consumed approximately 3 tablespoons of olive oil per day as part of their traditional Mediterranean diet. Other published research from the EPIC study concluded that olive oil may be just as important in controlling blood pressure as eating fruits and vegetables.

There are several grades of olive oil. Extra virgin olive oil (EVOO), produced from the natural extraction of the olive fruit, is the least processed of the olive oils. EVOO is especially healthful because it's rich in polyphenols that provide anti-inflammatory and antioxidant properties, as well as omega-3s, flavonoids and vitamin E. The more refining olive oil undergoes, the more it loses those benefits, although it will always retain its high (average 75 percent) heart-healthy monounsaturated fat composition. When a label simply says "olive oil," the product is usually a blend of refined and virgin oil. And light-tasting or "extra light" olive oil doesn't mean light in calories -- this is the most highly refined grade of olive oil. And, although "pure" olive oil sounds like it might be better than EVOO, it too is highly refined.

Make EVOO your No. 1 oil for optimal health. Use it for dressings, sauces, marinades, sautéing and grilling. Like wine, there are numerous flavor profiles among EVOOs, so try different brands. Contrary to popular belief, EVOO can be used at higher temperatures, although due to its higher cost and more intense flavor, some people do not use it for this purpose. According to the , EVOO's smoke point (the temperature when oil begins to break down and burn) is 410 F -- far above the 250 F to 350 F range that covers most cooking. Regular olive oil (better suited for frying) and extra light (excellent for baking) have higher smoke points due to refining and may make better economic choices for cooking. Just remember, you can get too much of a good thing. At 120 calories per tablespoon, all benefits can vanish if you drown food in olive oil. Buy an olive oil mister or measure by the teaspoon to apply only a small amount.

Unfortunately, fraud and adulteration are inherent problems in the olive oil business because producing EVOO is expensive. To increase profits, unscrupulous producers and suppliers may dilute olive oil with cheaper vegetable oils. (IOC), based in Madrid, was established to help set standards for the definitions and designations of olive oil, which can help ensure you get just what you pay for.

Look for a prize winner.

Seek oils that have won awards (often proudly displayed on the label).

Excellent EVOOs can be found at less than $10 per half liter, so do your homework on brands before buying.

Know where it is produced.

Look for a label identifying production at a specific mill or country, not simply where the oil was bottled or packaged, which can be different.

Buy as fresh as possible.

Purchase oil as near the harvest date as possible. A best-by date may be deceiving, because it doesn't indicate how long the oil was stored before it was bottled.

Along with age, heat and light are the enemies of olive oil.