Kids' Nutrition: Remade Snacks You Can Live With 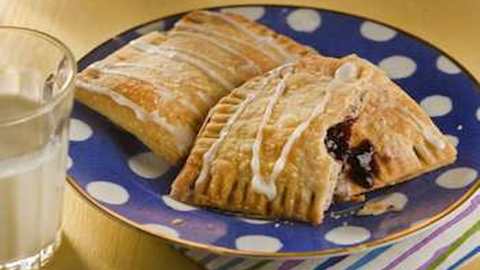 As many a parent will attest, child-rearing often comes down to choosing your battles. That certainly holds true in the kitchen.

So while you wouldn't dream of banning frozen treats, you feel justified putting the kibosh on the ones containing red No. 3 and other wacky ingredients. One way to minimize the food dyes and unpronounceables is to remake your kids' favorite snacks from scratch.

"A lot of processed, pre-made products are loaded with unnecessary stuff and super-high in sodium," says Cricket Azima, founder of , a company aimed at promoting culinary skills among children.

Looking to sneak a little disodium inosinate into your kids' diets? Neither are we. Which is why we love Azima's snack mix recipe, in place of Chex Mix (which contains the aforementioned additive, among several others).

We've also been known to dabble in DIY versions of both Jell-O and Pop-Tarts, recipes for which are plentiful on mommy blogs.

With the imitation Pop-Tart, you can add a little healthy boost by using fresh fruit instead of preserves. Mix together a little less than 2 tablespoons of fruit and 1/2 teaspoon small tapioca pearl per pastry. Fresh blueberries make a good choice because you don't have to precook them.

1. Heat oven to 425 degrees. Roll pie crust flat, and as rectangular as possible, about 12 by 10 inches. Trim to make the sides as even as possible. Cut the dough into rectangles about 3 by 10 inches. Spread the dough with jam, leaving about a 1/2-inch border without jam.

2. Fold dough over top; crimp sides with a fork. Bake until golden, 12-16 minutes. For glaze, slowly whisk milk into confectioner's sugar to consistency of syrup. Allow tarts to cool; drizzle with glaze.

Mix together in a large bowl

Heat 3 cups fruit juice (your choice) to boiling in a saucepan.