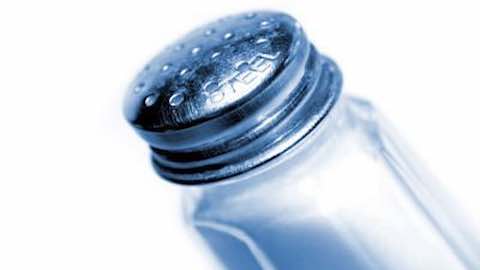 "Enjoy your food, but eat less" is one important message. There's an emphasis on foods and nutrients to boost, including increasing vegetable and fruit intake as well as choosing items that provide more potassium, dietary fiber, calcium and vitamin D. Health guidelines also suggest ways to reduce specific foods and food components, including sodium.

"Reduce daily sodium intake to less than 2,300 milligrams (mg) and further reduce intake to 1,500 mg among persons who are 51 and older and those of any age who are African-American or have hypertension, diabetes or chronic kidney disease. The 1,500 mg recommendation applies to about half of the U.S. population, including children, and the majority of adults."

Sodium (including salt) is an important flavor-enhancer, but its use should be limited in your kitchen.

Here are some of my favorite tips for creating a tasty meal -- without going overboard on sodium.

Two foods in which umami (the fifth sense of taste) can be found in high quantities are shiitake mushrooms and fully ripened tomatoes. Incorporate these vegetables into eggs, pasta and other savory dishes from breakfast to bedtime.

Sprinkle grated lemon, lime, orange or grapefruit peel onto food, as you would with salt or pepper. Squirt leafy greens with the citrus juice to balance out the taste.

Think of fresh herbs -- such as basil, tarragon and oregano -- as vegetables rather than garnishes, especially in whole-grain dishes. Grow them and use liberally.

Add earthiness with cumin. Create sweet spiciness with cinnamon. Punch up heat with cayenne pepper. Experiment with spices in both sweet and savory dishes.

It is OK to add some salt -- especially if you start with very low-sodium foods, like fresh vegetables, fruits and whole grains. In fact, adding a pinch of salt can help up your intake of healthful foods. So go ahead, shake that saltshaker -- a little!

How to Reduce Sodium to Create a Healthy Diet - Sodium Substitutes