Healthy Foods That Make You Happy 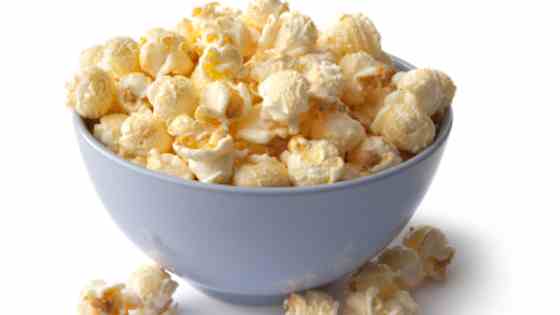 Healthy Foods That Make You Happy

When you think of comfort foods that make you happy, does your mind drift to mashed potatoes and mac 'n cheese?

Well, it doesn't have to be that way. In fact, it shouldn't. Research reveals that certain healthier staples can soothe your soul and get you grinning.

Incorporate these eight healthy food picks into your daily diet, and you'll get more energy, less stress and an even brighter smile. Consider these your new happy meals!

"The omega-3s found in salmon have been proven to boost mood," says Lauren Slayton, a registered dietitian and the director of FoodTrainers, a nutrition center in New York City.

These healthy fats don't just put a smile on your face; they also help you keep it there: A study published in the Journal of the American Dietetic Association found that people who consistently consumed more omega-3s were 30 percent less likely to develop gum disease than those who got less. Don't like seafood?

Reach for other omega-3 sources, like flax and walnuts.

Even if you're not a guacamole fan, Avocados can bring you happiness. "Avocados contain serotonin, a type of feel-good neurotransmitter in the brain," says Slayton.

Try using a few slices of avacado as a creamy substitute for mayo in sandwiches, or toss some cubes into your lunchtime salad.

Although they're known as nature's candy, raisins are one sweet treat that won't cause cavities.

In fact, researchers from the University of Illinois at Chicago College of Dentistry found that the healthy antioxidants in raisins helped slow the growth of two types of bacteria that set the stage for tooth decay and gum disease.

Snack on a handful of raisins for an instant hit of energy.

It's no wonder many women consider chocolate comfort food. "Chocolate is high in magnesium, a mineral that calms muscles and can relieve anxiety," says Slayton.

For an even bigger dose of the mineral, try satisfying your sweet tooth with dark chocolate-covered almonds.

The next time you pick up a box of cereal, check to make sure it's fortified with vitamin D. More than 60 percent of Americans don't get enough of this sunshine nutrient, which has been shown to fend off the blues -- especially during the dark days of winter.

Pair those puffs or flakes with low-fat milk for a dose of bone- and teeth-fortifying calcium.

Green tea contains L-theanine, an antioxidant that has been linked to relaxation. Sip a mug of green tea before that big meeting and you'll score another benefit: fresher breath. According to research from Pace University in New York City, green tea's polyphenols can destroy bacteria that lead to bad breath and tooth decay.

Scoop up a better mood with calcium-rich yogurt. Yogurt contains probiotics, friendly bacteria that have been shown to ease depression.

Plus, a study published in the Journal of Clinical Periodontology reveals that probiotics may reduce inflammation in the mouth, lowering your risk of gum disease and even oral cancer.

When you're grumpy or sluggish, chances are you crave bread and pasta. "That's because carbs increase serotonin levels in the body, which can put you in a better mood," explains Slayton. But before you twirl up that spaghetti, snack on some popcorn.

Popcorn has the same beneficial effect -- and at just 31 calories per cup, it won't wreck your waistline.