How Humor Can Help Stave Off Heart Attacks & Strokes 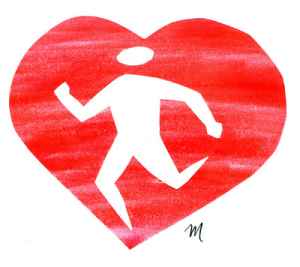 A chuckle a day may help keep the doctor away. How humor may help stave off heart attacks and strokes.

The mind and body are inseparable aspects of the human organism, two sides of the precious coin called mankind.

Physical health has a powerful influence on mental outlook. The reverse is also true, but scientists who study the mind-body connection typically focus on the link between negative emotions and cardiovascular illness.

They have learned, for example, that stress raises blood pressure and increases cardiac risk, that hostility and anger can be truly heartbreaking, and that depression and social isolation contribute to heart attacks and impair recovery and rehabilitation.

It's easy to see why doctors study illness, but there is another piece of the puzzle that also deserves attention.

No less an authority than Charlie Chaplin observed that "Laughter is the tonic, the relief, the surcease from pain."

It's one thing for a comic genius to tout the benefits of a good laugh, but another for scientists to confirm that humor really is good medicine. Now, however, doctors at the University of Maryland have taken a step in that direction.

Studies of actual heart attacks or strokes require a large number of patients, take a long time, and cost a lot of money. Fortunately, there are useful ways to evaluate cardiovascular health in the laboratory.

One of the newest and most sophisticated methods is to monitor endothelial function.

The endothelium is the innermost of the three layers that form the walls of all arteries. Formerly dismissed as a passive lining, the filmy layer of endothelial cells is now known to have a crucial role in vascular health. Among other things, endothelial cells produce nitric oxide, which has two vital functions. It keeps the arterial lining smooth and slippery, preventing damaging inflammation and artery-blocking blood clots. Nitric oxide also relaxes the smooth muscle cells of the artery's middle layer, preventing spasms and allowing the artery to dilate, or widen, to increase blood flow to tissues that need extra oxygen.

Atherosclerosis, the disease that leads to heart attacks and strokes, takes a toll on endothelial cells, reducing nitric oxide production so that arteries become stickier, narrower, and stiffer. Tobacco use, even passive smoking, and age itself can produce similar problems.

In contrast, exercise improves endothelial function, making arteries more supple and functionally younger. Statins and certain other medications can also help. And now, scientists have asked if humor might have similar benefits.

To find out, scientists measured endothelial function in 20 healthy men and women with an average age of 33.

Each volunteer was studied after an overnight fast that included abstinence from alcohol, aerobic exercise, and vitamins and supplements. Endothelial function was measured at rest, after stress, and after humor.

The stress was provided by watching the harrowing opening scene of the 1998 film Saving Private Ryan. The laughter was elicited by viewing scenes from the 1996 comedy Kingpin or the 1998 film There's Something about Mary.

Mental stress produced a significant drop in endothelium-dependent blood flow in 14 of the 20 volunteers; the average drop was 35%, which was highly significant. In contrast, 19 of the 20 subjects demonstrated improved endothelial function during laughter.

On average, blood flow increased 22%, so the net difference between blood flow during stress and laughter exceeded 50%.

How does humor help the endothelium?

More studies will be required to find out.

One likely possibility is a reduction in the level of stress hormones such as adrenaline and cortisol. Another is a direct boost in nitric oxide production. Exercise improves endothelial function through similar mechanisms; perhaps, then, the noted editor Norman Cousins was right when he said, "Laughter is a form of internal jogging." Or, since alcohol in moderate doses improves vascular health, playwright Sean O'Casey may have had the answer when he explained, "Laughter is wine for the soul."

More experiments are needed to confirm the observation from the University of Maryland, and long-term studies are required to find out if mirth can help stave off heart attacks and strokes.

Till then, laugh at whatever tickles your fancy.

Mark Twain may have exaggerated a bit when he claimed that "Humor is mankind's greatest blessing."

Still, a chuckle a day may help keep the doctor away.