Why People Tell Lies & Why Little White Lies are Okay 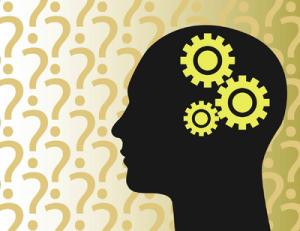 You told a friend that his shirt looked stylish when you actually thought it was tacky and garish. Or maybe you said to your boss that her presentations were fascinating when in fact they were insipidly mindless. Or perhaps you told your landlord that the rent check was in the mail.

A growing body of research shows that people lie constantly, that deception is pervasive in everyday life.

One study found that people tell two to three lies every 10 minutes, and even conservative estimates indicate that we lie at least once a day. Such incessant prevarication might be a necessary social evil, and researchers have recently discovered that some fibbing might actually be good for you.

"We use lies to grease the wheels of social discourse," says University of Massachusetts psychologist Robert Feldman. "It's socially useful to tell lies."

Researchers have been studying deception for decades, trying to figure out why we tell lies.

It turns out that we spin facts and make up fictions for all sorts of reasons. We might want to gain a raise or a reward, for example, or to protect friends or a lover. Our capacity for deceit appears nearly endless, from embroidering stories to wearing fake eyelashes to asking "How are you?" when we don't actually care. We even lie to ourselves about how much food we eat and how often we visit the gym.

In one study, researchers found that college students who exaggerated their GPA in interviews later showed improvement in their grades. Their fiction, in other words, became self-fulfilling. "Exaggerators tend to be more confident and have higher goals for achievement," explains Richard Gramzow, a psychologist at the University of Southampton in England and one of the study's coauthors. "Positive biases about the self can be beneficial."

People who deceive themselves also tend to be happier than people who do not, some research suggests. There are social payoffs, too: Studies have shown that people who lie frequently are viewed as friendlier and more amiable than their more truthful counterparts. Still, lying is generally regarded as immoral and distasteful.

"No one likes being lied to," says former FBI agent and lying expert Joe Navarro. "We feel betrayed. When is it that they are telling the truth?" And people do really want to know the truth. A new Fox drama, Lie to Me, which features a steely British deception expert, has become one of the most popular shows on television.

Experts believe that children learn to lie by observing their parents do it--that they become practiced in the art of deception by imitating Mom and Dad. And parents sometimes explicitly encourage children to tell lies. Grandma Suzy will send some ugly wool socks or an itchy sweater, and parents will ask their son or daughter to say the item is lovely.

As one study concluded, children "may learn to lie in the same way as they learn to speak."

Many experts don't see much difference between a little lie (telling Grandma you loved the ugly socks) and a big lie (covering up an extramarital affair).

"Anything that is not accurate is a lie. You can argue that a lie done to make someone else feel better is relatively minor. But they an effect. The bottom line is that a lie is a lie," says Feldman. "That's the great paradox here. I do believe the more lies, the more degradation. But you can't stop lies entirely. Society would grind to a halt."

When people tell a bold and blatant lie, they typically become tense and fidgety. Their heart rate speeds up. Their body temperature increases.

But when telling white, or social, lies, they usually don't feel any anxiety at all.

In fact, electrodes attached to the bodies of students in Gramzow's study revealed that the students who exaggerated their GPAs showed less nervous-system activity than students who were honest about their marks.

"In certain situations, such as when someone asks you if you like the awful meal they just served you or the hideous outfit they are wearing, it probably takes less thinking to tell the expected polite lie than the more difficult truth," explains University of California-Santa Barbara psychologist Bella DePaulo.

That doesn't make it any easier for people to sort out fact from fiction.

Studies have shown that people can identify lies only about 50 percent of the time, or about the same as chance. To be sure, researchers have been able to figure out some clues to uncovering deception.

When people tell a significant lie, for instance, they typically gesture less and their arms may appear stiff. People telling lies also might have dilated pupils because they feel nervous about spinning an untruth.

Even with the development of such research, there's no surefire way to catch a liar. But someone with a known track record of lying is likely to pay a price.

"Lies add up," says Feldman. "The more you know that someone is not telling you the truth, the less trustworthy they are. They're just telling you stuff you want to hear, and you won't listen to them anymore."

Why People Tell Lies & Why Little White Lies are Okay