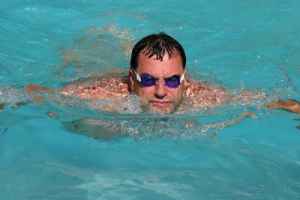 It's easy to think that athletic improvement after age 40 is something reserved for those who can afford to spend the time and money it takes to train full time. Debi Bernardes, a swimming and triathlon coach in King George, Va., was asked what she's done to keep improving after three decades of competition. Here's what she thinks makes a difference, plus how you can apply it to your own training.

Debi Bernardes finished fifth among amateur females in a recent triathlon in Washington, D.C. Moreover, she racked up her best time ever at the Olympic-distance race: 2:18:34, including a 10-kilometer run at a blazing 6:51 per mile.

And that personal best -- impressive at any age -- came a few months before her 51st birthday.

Yes, Dara Torres won a silver medal at age 41, swimming her personal best time in the Olympics. But it's easy to think that athletic improvement after age 40 is something reserved for those, like Torres, who can afford to spend the time and money it takes to train full time.

I caught up by phone with Bernardes, a swimming and triathlon coach in King George, Va., and asked her what she's done to keep improving after three decades of competition.

Here's what she thinks makes a difference, plus how you can apply it to your own training.

In the past couple of years, Bernardes has fine-tuned her diet, figuring out which nutrients she wasn't getting enough of.

"I added twice as much protein as I was eating before," she says.

Breakfast used to be a bowl of oatmeal; now she has protein shakes with fruit. And at lunch and dinner, she focuses on getting in her protein first. That helps her feel better day to day but also helped her avoid weight gain during the winter off-season.

"I kept away from comfort foods and kept my weight down," she says.

Protein intake is important, especially as you age and especially after heavy exercise. Many nutritionists also say that including some protein at every meal helps you feel fuller and can aid in weight control. If you work out a lot, a session with a sports nutritionist may help you tailor your diet to your particular needs.

Bernardes goes to CrossFit sessions -- which she calls "workouts for people with ADD" -- twice a week.

These superintense sessions incorporate heavy weights, short, hard runs, acrobatics, and other disciplines, often leaving participants on the verge of tossing their cookies. Bernardes says a qualified instructor who can correct technique and form is a must, particularly for beginners.

Her sessions, combined with yoga, have made her stronger and more flexible, especially in her core abdominal and back muscles and in her hips, which she credits for improved performance.

"The one thing I really focus on with a lot of the athletes [I coach] is to work on general strength conditioning," says Bernardes.

Older adults, in particular, have a tendency to forget about their hip muscles and compensate with other muscle groups, changing their technique and stride dramatically.

In an E-mail, Bernardes described how she's training with much more focus and intent since she got a power meter for her bike.

These gizmos, which are pricey and normally used by more serious athletes, measure exactly how much power a cyclist generates with each turn of the pedals.

For Bernardes, it has helped her to "do specific workouts, towards a specific goal," she says. She might aim to average a certain power output during a workout rather than relying on speed or time, which aren't as accurate at gauging effort.

To get the most out of your workout, figure out what your short- and long-term goals are.

Why are you going to the gym?

What equipment are you going to use?

Are you going for a run to boost your endurance or work on speed?

Know it before you head out the door to avoid wasting time.