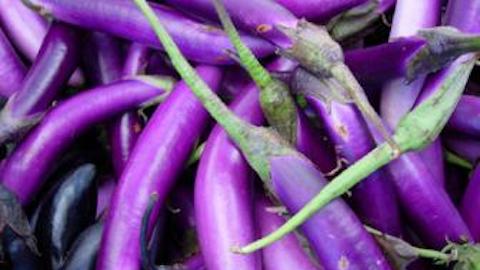 With the first day of autumn coming, many people are starting to think about cooking for the cooler months.

They dream already of the warm, oven-baked dishes they'll cook and serve, of meals that warm the body and soothe the soul when it's windy or rainy outside.

The trouble, though, is that more likely than not this week and the next several that follow are going to be Indian summer, with days as warm as they were back in August even though the days are growing shorter.

So, what do you cook for the early weeks of fall?

How do you cook with the seasons, a popular culinary concept these days, when the seasons are changing?

One of my favorite solutions is to create a gratin of summer vegetables.

As you might know, "gratin" is French for crust, and it refers to the crispy golden brown surface that forms, usually with the help of cheese or breadcrumbs, on a shallow casserole when you bake it in a hot oven. Warm and satisfying, a gratin makes a perfect side dish or main course when the weather is cold.

The vegetables we associate most often with summer are the juicy vegetable fruits, so called because they're botanically part of the fruit family even though everyone cooks and serves them as vegetables: tomatoes, eggplant, and zucchini. And at this time of year, you might still find some locally grown late-summer specimens in your farmers' market. But even if you don't supermarkets now carry a steady supply year round, ready to bring the taste of summer's savory-sweet produce to your table.

Once the shopping is done, you'll find my summer vegetable gratin very easy to prepare. First, you make a simple sauce from the tomatoes along with onion, garlic, and fresh herbs. Next, you cut the eggplant and zucchini into thin slices and saute them in olive oil until they're nicely browned and tender. (Take care not to undercook the eggplant, since its rich, meaty flavor and custardy texture only develops fully when it's well done.) Finally, you layer the slices with the sauce in a shallow baking dish and top the assembly with some mozzarella or fontina cheese and a little Parmesan before popping it into the preheated oven.

And there you have it: all the flavor of summer in a heartwarming dish that's perfect for autumn. Serve it alongside a roast or grilled chicken, lamb, or beef. Save any leftovers to serve cold the next day as an appetizer, or reheated and tossed with freshly cooked pasta. In fact, those leftover combinations are so good that I'll often make a double batch the day before so I'll have enough.

Bring a large saucepan of water to a boil and place a mixing bowl filled ice water nearby. Meanwhile, with a sharp knife, core the tomatoes and, on the opposite sides, score a shallow X in the skin. With a slotted spoon, lower the tomatoes into the boiling water. Boil until the skins begin to wrinkle, about 30 seconds, and then immediately lift them out with the slotted spoon and transfer to the ice water to cool. With your fingertips and, if necessary, the knife, peel off the skins, starting at the X. Cut the tomatoes in half horizontally, squeeze out the seeds, and chop the flesh into small pieces. Set aside.

In a large saute pan set over medium heat, pour in enough oil to coat the bottom lightly. When the oil is hot, add the onion and saute, stirring frequently, until translucent but not browned, about 5 minutes. Add the garlic and, for a little spice, the red pepper flakes; cook, stirring, for 1 minute. Stir in the tomatoes and cook until they start to give off their liquid, about 5 minutes. Add the herbs and season with salt and pepper. Stir in the sugar and continue to cook, stirring frequently, until almost no liquid remains, 10 to 15 minutes. Remove from the heat.

Place the eggplant and zucchini slices on a clean work surface, season lightly with salt and pepper, and drizzle with olive oil.

In another large saute pan set over medium-high heat, add enough olive oil to coat the bottom generously. When the oil is almost smoking hot, add enough eggplant slices to form 1 layer in and cook until golden brown, 2 to 3 minutes per side. Transfer to a plate lined with paper towels and blot with more paper towels. Cook remaining eggplant the same way, adding more oil as necessary. Then, cook the zucchini the same way, about 1 minute per side, removing them to a paper towel-lined plate.

In a shallow baking dish, spread half of the tomato sauce. Begin layering the eggplant and zucchini, overlapping slightly, along the outside of the dish. Continue until the dish is filled with eggplant and zucchini. Spread the remaining sauce on top. Sprinkle evenly with the cheeses.

Bring a kettle of water to a boil.

Place the baking dish inside a roasting pan; pull out the oven rack and place the pan on it. Pour hot water into the pan to come about halfway up the sides of the baking dish. Carefully slide in the shelf, close the oven, and bake until the cheese is golden brown, about 25 minutes. Carefully remove the pan from the oven and lift out the baking dish. Let the gratin rest at room temperature for about 5 minutes before scooping it out with a large serving spoon.