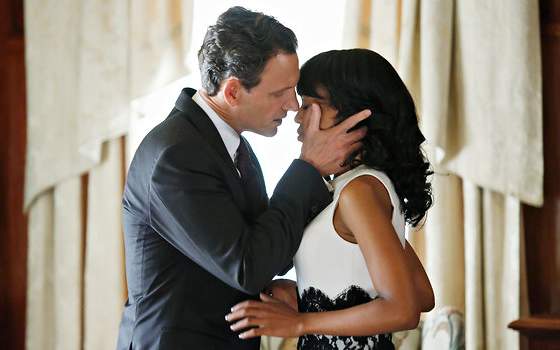 Among other landmarks, 2013 was the year of a big comeback for dramatic and comedic TV series about spies, politics and other shenanigans in

That's a big turnaround from 1998, when President startling scandal with a intern made writers of Washington fiction want to throw their keyboards out the window.

For , Gore Vidal, and others interviewed by the , real-life scandals had pushed D.C. world into a realm so implausible that even these esteemed writers' active imaginations could hardly compete.

But 16 years of scandals, terror attacks and paranoid theories later, appears to be catching up. For the first time since "The West Wing" ended its successful seven-year run in 2006, we have not just one but eight fictional TV programs that are set in Washington's Shakespearean political world.

They include "Scandal," Showtimes "Homeland," "The Blacklist," "Hostages," FX's "The Americans," and HBO's "Veep." Competing against them on the Internet is "House of Cards" and Amazon's "."

For me, that's a lot to hate-watch, the sort of TV viewing that grabs your attention, if only out of fascination with how bad it is. Shows about the Kardashians or anything that is titled "The Housewives of (fill in the blank)" comes to mind.

Hate-watching is how I watch a show that purports to show how Washington works when I know in my heart of hearts that similar real-life situations produce more drama or comedy, usually unintended, than the one that the show's writers have made up.

In my endless quest for a Washington version of my ideal show -- HBO's "The Wire" -- in pursuing reality-based avenues to enlightening entertainment, I have come up with my own 2014 Hate-Watchers Guide to Fake D.C. on TV:

"The Blacklist" and "Hostages" end up on the bottom of my list because, as much as these well-done counterterrorism thrillers take place in Washington, they're not really about Washington.

"The Americans," about Russian spies living undercover in D.C. in the early 1980s, would come closer if we were still in the Cold War, not the age of Vladimir Putin.

"Homeland," starring as a bipolar CIA officer, scores higher for its depictions of how present-day congressional politics, office politics and family pressures can complicate national security considerations and everyone's love lives. Even if none of its events have happened, one feels as though they might -- any day now.

"Scandal" is one of the highest rated shows on TV, precisely because it is so far removed from reality. I had high hopes when the show, created by Shonda Rhimes, launched star as a Washington fixer based loosely on the real-life , an advisor to the show. Unfortunately, the show's story lines have begun to pile on just about every paranoid fever dream that the Internet ever produced. Needless to say, the audience has mushroomed.

"," based on an English series, stars as an elegantly hustling Democratic House majority whip. It earns top marks from me for putting the focus where it belongs, on the mechanics of how deceit, betrayal and revenge make the public's interests a secondary consideration at best. I am only annoyed by Spacey's narrating us through the sleaze like an on-camera tour guide. That'll be the day.

My favorites, to my own surprise, are two comedies: HBO's "Veep," starring as an ambitious VPOTUS (vice president of ), and Amazon's "," a half-hour show from and starring about four Republican senators who share a house on .

Maybe it takes a comedy to capture Washington's essence in these polarized times. and staffers have told me they watch both shows, at least because everybody else with whom they work is watching them. TV might not get all the facts right, I am told, but it feels right. Sometimes that's all that good art has to do.