News Candy for the Ears 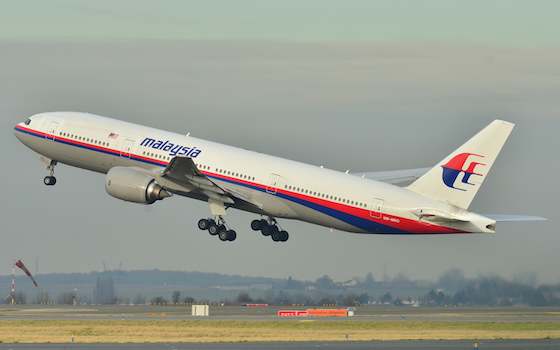 News Candy for the Ears

If television is chewing gun for the eyes, as an old saying goes, the mystery plane has turned cable television news into candy for the ears.

The mystery of Malaysia Airlines Flight 370, which disappeared with 239 people on board, far exceeds the facts available to explain it. That puts 24/7 cable TV news broadcasters in a bit of a pickle. The public is hungry for more news than news providers have available.

The remedy? News candy. When news anchors and reporters don't know what's happened, they bring in panels of experts and outsiders to speculate about what might have happened.

But how much of this balderdash is too much? How much can a news operation cover a disaster before it looks like they're shamelessly milking it for audience ratings? There is no clear-cut answer to that question. But cable TV coverage of Malaysia Airlines Flight 370 has been testing limits like a restless puppy on a short leash.

Other stories in the world, as varied as the crisis in and the killer mudslide in , receive short shrift while our eyes and ears are tantalized by such sights as:

-- CNN's displaying a toy model airplane and raising the possibility of "black holes," the supernatural or the story line of the TV series "Lost" as possible explanations for the disaster.

-- Fox's offering his "favorite ... but unlikely" theory that a "secret passenger" was picked up somewhere by the missing aircraft.

-- Fox's inviting Rivera onto his show. "So I could make fun of him."

But I knew we truly had entered news candyland on when panel included , a "psychic medium," She said she believed the plane went down but the passengers were still alive, although she offered no evidence to support her belief.

Shades of Sybil the Soothsayer, the mythical medium in the classic mid-1970s movie "Network" whose future-viewing segment followed , the deranged newscaster famous for his "I'm mad as hell" mantra.

I used to think "Network" screenwriter satire was an over-the-top amusement. Increasingly as commercial competition heats up in the new media, Chayefsky's vision is turning out to be more prophetic than I ever imagined.

I'm disappointed but not surprised by the behavior of the news channels. They are responding to the demands of audience ratings. When the 777 disappeared from radar screens over the , all major news media quite predictably jumped in. '

But as the New York Times put it, "it is CNN, the cable network that has been scrambling to find a sustainable business model against its main competitors, and MSNBC, that has perhaps invested most heavily in the mystery...."

Ratings for CNN surged with its airline coverage by almost 100 percent in prime time. They even managed, according to the Times, "the rare feat of edging past for leadership in several hours."

I'm less surprised by the behavior of TV programmers than I am intrigued by the public's tastes. Who are the news-addicted viewers who can't get enough of the endless video of waters and speculation about what may lie beneath?

My theory is based on my experience: To attract an audience, tell a good story. Narratives help us to make sense of a complicated world. When the story is frighteningly incomplete, as in the story, we long for explanations, no matter how far-fetched.

In that sense, the endless cable chatter is ear candy. It provides a soothing sustenance, even if only with empty calories, until a more complete story can be told.

Some people like the alternative speculation so much that they cling to it anyway, as with the die-hard "truthers" who believe the terrorist attacks were an inside job. Speculation can take on a life of its own. Newscasters, in my humble view, don't need to add to the confusion.

"News Candy for the Ears"