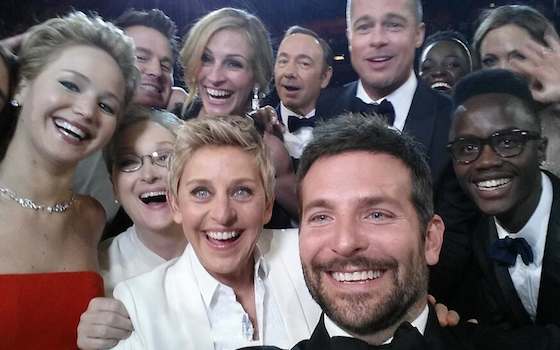 With one picture, comedian and Academy Awards host Ellen DeGeneres set a new milestone on Twitter with the most shared tweet in the history of the microblogging service.

Comedian Bradley Cooper snapped the picture of DeGeneres surrounded by a group of Hollywood stars during Sunday night's broadcast. DeGeneres tweeted it, and within hours Twitter users had retweeted it more than 2.1 million times.

That beat a photo posted by U.S. President Barack Obama after his 2012 re-election, which got 780,000 retweets.

The tweet caused so many people to use Twitter at once that the service had trouble keeping up with the demand and had intermittent outages for about half an hour.