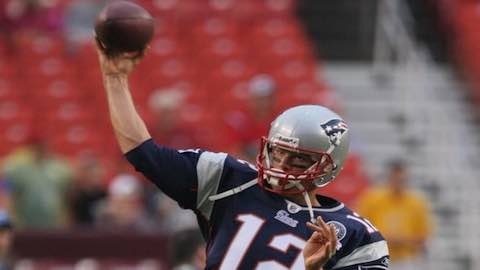 Fate's cruelties denied Super Bowl LIII to the more cuddly Chiefs and Saints. Instead, We are stuck with the loathsome Patriots and the slightly less odious Rams.

After what must be recognized as the most entertaining championship Sunday in NFL history, the sporting nation is left not with the afterglow of a great meal / national park visit / drawing to a full house, but with the prospect of another Super Bowl appearance by the New England Patriots.

It is not a threat to the nation — we have multiple other circumstances from which to choose for that — but it would have been pleasant to enjoy the company of the Kansas Chiefs or the New Orleans Saints on the unofficial national holiday.

But no. We have more fetid stew coming from the New England Patriots.

For the third season in a row, and fifth time in the past six seasons, Tom Brady, Bill Belichick and Robert Kraft will arrange their smugness at the Super Bowl in a sly fashion so that the condescension fits behind a false front of humility.

For a time Sunday evening at Kansas City’s frigid Arrowhead Stadium, doubt crept in about the inevitability of the outcome. Behind precocious QB Patrick Mahomes, the Chiefs rallied from a scoreless, almost yard-less first half to take a couple of leads in the fourth quarter, fall back, then tie at 31 with a field goal off a drive that began with less than a minute remaining.

Then they lost the coin flip to begin overtime.

Against an exhausted KC defense, Brady did what he has done seemingly since he and a few other pious souls landed at Plymouth Rock. He ran the table. Drove the par-5 in two and putted for eagle. Mariano-ed the ninth. Served Curry at the horn.

You know, 12s? As he did in the fourth quarter of the Game That Cannot Be Unseen.

Unlike the Seahawks in Phoenix, who were done in by their own hand, the Chiefs in the 37-31 loss were had by the rules of overtime. If the team that wins the coin flip takes first possession and scores a touchdown, it’s on to the Super Bowl.

Mahomes, seeking to do in his second year what Russell Wilson did as a sophomore — reach and win a Super Bowl — was not allowed to fire in OT.

Quite apart from the argument that says the Chiefs should not have allowed themselves to be vulnerable to such randomness, the NFL competition committee needs to re-do the OT rules to subvert the coin flip as a decider for who gets to the Super Bowl.

And while they’re at it, fix the Electoral College.

Speaking of fixing rules . . . you perhaps have heard what happened to the Saints.

Late in the NFC Championship at the Superdome on a drive that could have produced the game-winning touchdown, Rams CB Nickell Robey-Coleman committed not one but two fouls on the same play that went uncalled against WR Tommylee Lewis — pass interference and a helmet-to-helmet hit.

The incompletion led to to a field goal instead of a first-and-goal at the 3-yard line. The Rams subsequently tied the game at 23 in regulation on a field goal by Greg Zuerlein, who won the game 26-23 in OT from 57 yards.

The missed penalties outraged the sellout crowd and Saints coach Sean Payton, who said that after the game he received a call from NFL officiating chief Alberto Riveron, admitting the error.

“For a (penalty) call like that not to be made, man, it’s just hard to swallow,” Payton said at a press conference. “And then to get a phone call . . . We spoke initially, then I called to follow up. And the first thing he said when I got on the phone — ‘We messed it up.’

“We’ll probably never get over it.”

Even Robey-Coleman knew he was guilty.

“You look at the football gods like, thank you, got away with one tonight,” he said. “It is what it is.”

We all know that bad calls are part of the game, they happen to both sides, yadda yadda. But there’s nothing keeping the NFL from expanding the list of replay-reviewable plays to include judgment calls. The game has already become used to the time stoppages; there’s no going back, just forward, for a little justice.

But that debate is for later in the off-season. For the next two weeks, great endurance will be demanded of the sporting public for the treacle emanating from the camp of the Death Eaters.

The Rams, meanwhile, are at least a novelty, having not been invited to the circus since 2001. They also have come to grace following a remarkably durable period of putridity.

In 2017, the first year of child-coach Sean McVay, they went 11-6, punctuated by a 42-7 December demolition of the Seahawks in Seattle that helped prompt coach Pete Carroll’s makeover of his roster and coaching staff.

Now they are 15-3 and a one-point favorite to win Super Bowl LIII in Atlanta (although some books are flipping). But the Rams are still using old Jeff Fisher tricks like passing out of punt formation (Bothell High School’s Johnny Hekker, we salute you) and 57-yard field goals, and Sunday were beneficiaries of arguably the worst non-call in NFL playoff history.

From the Seattle perspective, fans can embrace the Rams little better than cactus. But the Rams are not the Patriots, who besides being loathsome since they were zygotes, also denied the redoubtable Chiefs coach, Andy Reid, his first Super Bowl, and denied Kansas Citians their first Super Bowl in 49 years.

The Patriots do not have pinchable cheeks. They do have punchable faces. The NFC hereby grants permission to the champion Rams. Do your cruelest, Johnny Hekker.

Photo: Tom Brady of the Death Eaters is back at the Super Bowl.