South Africa and World War I: Troopship Sinking Lives On in Memory 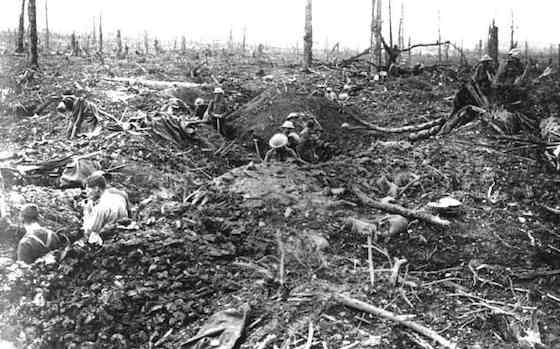 The First World War broke out barely four years after the had been established as a political entity comprising the provinces of the Transvaal, the Free State, the and Natal. It was a union in name only; underneath the surface there were divisions along language lines and between white and black.

These divisions bedevilled South Africa's participation in the war, as is evident from the outbreak of a Boer rebellion in 1914, in part as a protest against South Africa's involvement. At the same time armed black participation was in dispute and, as a compromise, black soldiers were only allowed to go France as non-combatants doing manual work in the harbours and forests. White soldiers fought in what was South West Africa -- a German colony until 1915, now Namibia -- in parts of East Africa and in the European trenches, distinguishing themselves particularly at Delville Wood, in France.

The fault lines of 1914 continued to plague South Africa for much of the 20th century. English speakers tried to keep the memory of Delville Wood alive; Afrikaners used the rebellion of 1914 to galvanize nationalist sentiments, and among black people it was the sinking of the troopship Mendi on February 21, 1917 off the Isle of Wight with the loss 615 men that boosted a sense of historical consciousness and gave rise to annual Mendi memorial days commemorating the event.

With the end of white rule in the country, the history of the Mendi was discovered anew and the Order of Mendi was instituted as one of the highest awards for bravery. Linking the Mendi with bravery was mainly based on a long-standing tradition that some black non-combatants performed a death dance on the deck of the sinking ship and sang a song proclaiming African unity.

There are good reasons to believe that this event was apocryphal but what is probably of greater importance in the long run is that the story of the Mendi had gained traction over years. And under a black government it is likely to be in the foreground during the coming centenary commemorations.

is Professor of History at and author of 'Fighting their own War: South African Blacks and the First World War'

South Africa and World War I - Current Events in Africa