Nigeria: Progress and Crisis Will March Hand in Hand 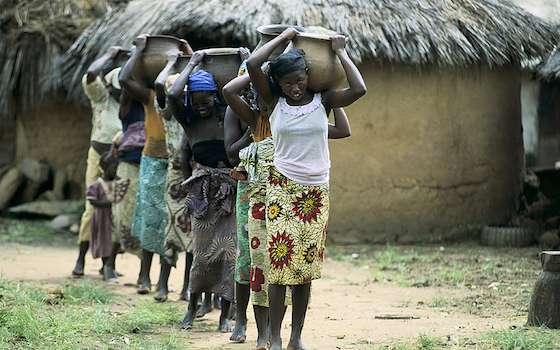 Nigeria: Progress and Crisis Will March Hand in Hand

In Nigeria's fast-changing social and political landscape everything happens all at once. As part of a reform of the lamentably inefficient electricity generating sector, 15 successor companies of the of Nigeria were sold off last year for . With a population of about 170 million, Nigeria had almost 212 million mobile phone subscribers in 2012, according to its . Nigeria's overall score in the Ibrahim Index of African Governance is improving.

Leave the story there and Nigeria is heading for growth and development, as well as being Africa's biggest democracy -- a federation of 36 states and the Federal Capital Territory.

But there is another tale that can be told. Nigeria is still languishing at No 41 out of 52 countries in the Ibrahim Index. According to the , 42 per cent of Nigerians do not have access to safe drinking water. An Afrobarometer survey puts Nigeria alongside Liberia, Uganda, Guinea and Zimbabwe for it paltry electricity provision. In the North East of the country, one of its poorest regions and heartland of the Boko Haram insurgency, entire communities are being torn apart.

Worrying statistics and macabre headlines can be found aplenty, and tell of insecurity, suffering and an increasingly fragile state.

Too often there is a split between those who focus on the positives and those who focus on the negatives. But the reality is that both narratives are correct. Just as the 'Africa Rising' narrative is incomplete since it is impossible to capture the diversity of trends and events on such an enormous and changing continent at any single time, so is any similar narrative on Nigeria. It is too big, too diverse. Nigeria's potential is exciting, but its challenges can seem overwhelming.

In the run-up to Nigeria's elections in 2015, the country's decision-makers are occupied with jockeying for position.

Politically, it looks like all is changing: there was a split last year in the ruling (PDP), with a faction forming the New PDP, before part of it joined the opposition (APC), while some went back to the PDP, and there have been recent reports of disgruntled APC members forming a New APC.

The political kaleidoscope will keep rotating during 2014 and could well turn full circle. While this means that crucial legislation -- including this year's budget and the Petroleum Industry Bill -- is put on hold, Nigeria will continue to change around its leaders.

Nigeria's rulers have significant power to influence their country's development. But their power is limited, and not just by politics -- including corruption and mismanagement -- but by the country's very scale.

With each year that passes the idea of democracy takes a stronger grip on the country and decisionmaking is taking place elsewhere -- through business, culture, a young population, an evolving civil society and, indeed, through criminality and violence.

Nigeria's story will continue to be one of crisis, disappointed expectations and unrealized potential for some people in some places, and of progress, success and transformative leadership for others elsewhere. It won't be pigeonholed.

is Assistant Head of the Chatham House Africa Programme

Progress and Crisis March Hand in Hand in Nigeria