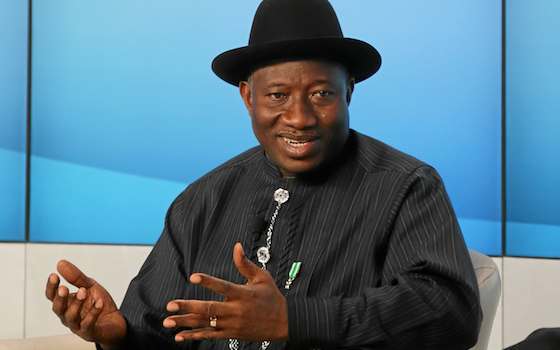 Why, many are asking, did it take the world so long to pay much attention to the kidnapping of more than 300 schoolgirls by Muslim fanatics in Nigeria?

For starters, the buck stops with President , among other Nigerian political leaders who clumsily tried to sweep the crisis under a rug.

Fortunately, this particular story of a monstrous terror-crime also offers glimmers of hope for Africa's future: inspiring examples of ordinary Nigerians who proved to be better than their governmental leaders.

The fecklessness of their political and military leaders in response to the April 15 raid on a girls' boarding school by Boko Haram terrorists was a deplorable betrayal of the Nigerian public's trust.

Worse, Amnesty international charged this Friday that Nigerian authorities knew the attack was coming as much as four hours before it occurred, but failed to act.

They should have been prepared. Boko Haram, whose name in the Hausa language roughly means "Western education is sinful," has turned school attendance into a death-defying risk in recent years -- and not only for girls. A similar raid on another northeast regional boarding school killed 29 teenage boys in February.

At least 1,200 people are estimated to have died in Boko Haram violence and the Nigerian military's security crackdowns this year alone.

It is hard to exaggerate the courage that it must take for children and their parents to pursue an education under such conditions. Yet secondary school enrollment in Nigeria has increased dramatically over the past ten years, according to the . That's a tribute to how much Christian and Muslim children and their families value education as a route to upward mobility, even at great risk of violence from anti-education terrorists.

It also is hard to overstate the courage of parents and other volunteers who pursued the kidnappers into the dangerous Sambisa forest and came within two miles of the girls, according to the . Yet their pleas for military assistance were repeatedly rebuffed.

For almost three weeks, Nigeria's President did not call for outside assistance in the search, even though it was offered by the United States and others.

He seemed to be far more focused on preparations for the that he convened Wednesday (May 7) in the capital, Abuja, itself the scene of two Boko Haram bomb attacks in recent months.

Ironically, Jonathan's efforts to downplay the kidnapping crisis might have worked better in the days before Nigeria became the sort of global economic power that he is trying to expand.

Nigeria's oil-rich economy this year official passed South Africa and Egypt to become the continent's wealthiest nation. The summit is expected to attract billions of new investment dollars to Nigeria, whose economy grew by 6.7 percent in 2012, boosted by e-commerce, telecommunications, music and "Nollywood," the country's bustling movie industry.

Money attracts money, but the new global economy also attracts transparency, especially in the Twitter age. As their government let them down, Nigerian civil society and social networks gave the world a new model of digital-age activism.

Women's rights advocates, including mothers of the kidnapped girls, rallied in four Nigerian cities. Social media popularized the Twitter hashtag #BringBackOurGirls, which was started by a Nigerian lawyer.

By the time First Lady joined the Twitter crusade, world outrage grew loud enough for Nigeria's president to hear it. Jonathan announced he had accepted offers from the U.S. to help in the search. Better late than never, I hope.

Boko Haram wants to draw attention to their supposedly Islamic cause, but they mainly display the worst of Africa's past (tribalism, fanaticism, primitivism, sexism...) as the continent struggles to enter a new global economic future.

As Nigerians and other Africans become more educated and empowered by their own possibilities, it is their leaders who will have to rush to catch up.