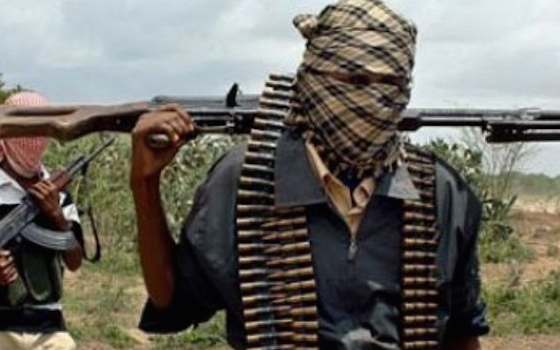 Here's a question. If -- and this is a big if -- the United States could dispatch a swarm of heretofore secret super-drones to find and kill every member of the Nigerian terrorist group Boko Haram, would you be in favor of doing it?

I'll even modify it for those of you who are squeamish about killing terrorists who slaughter men, women and children with abandon. What if the drones could simply paralyze the terrorists long enough for the U.S., or the Nigerians or some duly authorized force of U.N.-sanctioned "good guys," to apprehend them? Would you favor it then?

I phrase the hypothetical question this way because it avoids some of the usual objections to the U.S. "imposing" its values militarily. Chiefly, it avoids the concern about risking American lives for causes that many believe aren't in our vital national interest. It also avoids concern about civilian casualties.

So would you be in favor of it?

I would. The Islamist band of psychopaths has made headlines with its abduction of more than 200 schoolgirls, which is horrible enough. But among these terrorists' crimes, this isn't necessarily the worst thing they've done. They've been burning, butchering, murdering, raping and torturing their way through Nigeria for years. The group's stated ambition is to impose an Islamic caliphate in Nigeria, but it seems to me (and borrowing an old bit from ), Boko Haram's real goal is to avoid the long line to hell. When they see the Stygian bouncer, he'll say, "Oh, you're from Boko Haram? Right this way." And then he'll lift the red velvet rope blocking the express down elevator to eternal damnation.

And it wouldn't bother me one bit if the United States helped them get what they've got coming.

Unfortunately, it's not that easy. We don't have such drones -- yet. There is no button to press that would cleanly and safely rescue those girls and put the terrorists out of Nigeria's misery. We can no more wish that drones will solve the problem of Boko Haram than expect Twitter hashtags to solve it. The only methods available to us involve all sorts of risks, to American lives, American interests and -- also important -- to Nigerian lives and interests.

Concerns about these risks are wholly legitimate and largely persuasive.

But it's worth pointing out that such objections to U.S. intervention are pragmatic ones, drawing from a complicated cost-benefit calculation. Only fools refuse to weigh costs and benefits. But cost-benefit analysis is different than moral analysis.

For instance, if we could topple the North Korean regime with a vigorous hashtag campaign on Twitter or a super-drone attack -- thus liberating more than 20 million souls from the vilest regime since Hitler and Stalin were in power -- it would be immoral not to launch such a campaign.

Unfortunately, as of now, the only way to get rid of the North Korean regime quickly would be to launch a massive and destructive (and politically impossible) war that could lay waste to Seoul, cost tens of thousands of American lives, and quite possibly spark World War III with China or invite a nuclear exchange on the Korean Peninsula. The potential costs wildly outweigh the potential benefits.

The modern phrase "with great power comes great responsibility" was popularized in Spider-Man comics, but Voltaire was its true author. FDR was scheduled to give a speech on April 13, 1945, in which he was to say, "Today we have learned in the agony of war that great power involves great responsibility." Alas, he died on April 12. And of course, Jesus said, "Everyone to whom much was given, of him much will be required."

The point is the same in every version. The ability to do something creates an obligation. The obligation isn't total and it's by no means a legal requirement. But it's there, like a moral compass pointing you in a direction. And the final destination may not be reachable in a straight line without the costs of getting there outstripping the rewards of arrival.

But some non-interventionists reject all of this, arguing that we have neither the right nor the moral standing to impose our ideas of right and wrong on others. This strikes me as an attempt to make a virtue out of having no compass at all.