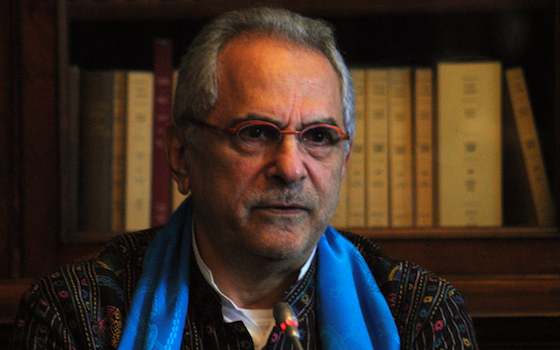 After the 2012 military coup in Guinea-Bissau, the Nobel peace laureate and former President of East Timor was appointed UN Special Representative to help restore democracy. He tells how corrupt politicians and generals brought the country to its knees

Guinea-Bissau was practically a failed state. What is the situation today?

Progress in restoring constitutional order has been slow. What are the key issues?

The army is usually blamed for every ill of the country, but I hold a slightly different view. The political elites are the main culprits for the tragic state of affairs, mismanagement, waste and corruption, the impoverishment of the people. The military come second in my assignment of responsibility. The political elites, from the period of one-party rule until now, are all the same people who have misgoverned the country, not the military, who simply joined in the grand robbery. There are many highly-educated leaders, a generation or two below the early ones, who are now competing for high office. They offer real hope for change. If they are elected the international community must seriously support them. Otherwise they will be doomed. There are too many entrenched interests that will resist radical change.

How confident are you that the delayed elections can be held in March?

There might be a further delay of a week or two. This wouldn't be a problem as far as I am concerned as it has to do with technical and legal adjustments and not as a result of political machinations. Voter registration has been extended and may reach a record number of close to 95 per cent of potential voters.

In unstable African countries the media usually highlight ethnic or religious diff erences, but in Guinea-Bissau the problem seems to be military. Why is that?

The politicians are the ones manipulating the military, enticing them to support one faction or another. Politicians are not able to engage the military in honest dialogue, working to gain their respect and trust and then, with them, to carry out the necessary reforms to modernize and professionalize the army. There are many good people in the army, highly educated, who want change. So there is hope.

Some African countries such as Burundi have imposed ethnic quotas in the army. Would this help Guinea-Bissau, whose military is dominated by the Balanta people?

I do not agree with imposing ethnic quotas anywhere, in any sector. The Balantas are natural warriors and they are perfectly suited to form a highly combative army that could be deployed by the anywhere in the continent. They should be part of an African elite force as good as the best American or British special forces. There are ethnic groups in Guinea-Bissau more inclined to commerce and the civil service while others are drawn to academia or the judiciary. As long as each ethnic group feels they are part of the country, that each has a special role to play for the common good of the nation, there is no problem at all with a particular ethnic group being over-represented in a particular institution.

West Africa is a transit point for drugs from South America to Europe, with a trade valued at between a year. How serious is this problem for the region?

If powerful countries like the US, Britain, France, Russia and China are not able to stamp out drug trafficking, don't expect West African countries to do any better. The problem is a very serious one. It is corroding countries that are already quite fragile. Africans are once again victims of problems brought to their shores by outsiders.

Guinea-Bissau is regularly called a 'narco state'. Is the country in the grip of the Colombian drug cartels?

The label narco state is too easily used and might be good as a sound bite but doesn't accurately tell the story of Guinea-Bissau. I would name a few countries in Latin America and Asia that fit this label better.

If tonnes of cocaine are passing through Guinea-Bissau each year, where do the drug profits go?

In the one year I have been in Guinea-Bissau, I have not seen much sign of a major drug trafficking problem. Of course there is drug trafficking, but not on the scale that has been reported. Money that is made here from drug trafficking is posted elsewhere in the region and laundered through housing complexes, regional banks and hotels. The US sting operation that led to the capture of a former navy officer last April had a very salutary effect in scaring away South American drug merchants. They moved elsewhere, but not very far.

How serious a problem is the corrupt issuing of fishing and logging licences? And how can it be stopped?

Illegal fishing and logging, with bogus licences issued by corrupt military officers and government officials is a bigger problem than drug trafficking. They are destroying Guinea-Bissau's fish stock and precious forest. Those in Guinea-Bissau involved in drug trafficking found out they could make much more money, and quite safely, by issuing fishing or logging licences than by getting involved in the risky drugtrafficking business.

The American navy is not going to blast anyone off the water for fishing illegally and robbing the people of Guinea-Bissau. But they might send a drone slamming into your house if you export drugs to the US. Illegal fishing and logging are a real plague around the world and no one is doing anything serious about it.

What should the be doing to promote prosperity in Guinea-Bissau?

For all their nerve-racking bureaucracy and public utterances on human rights and democracy which many in Africa and Asia find a bit too much to digest, the is a genuine, honest partner. In the long run, the common people will show real appreciation for what the EU has stood for over many decades. They have very strict rules; they don't improvise and move the goal posts. One knows exactly where they stand. And they have been very generous with Africa as a whole and with Guinea-Bissau.

Following the elections here, the EU, in partnership with the UN, and ECOWAS (the of West African States), and IMF, should launch a five to ten-year programme of rebuilding the state and all its institutions, cleaning up corruption, waste and mismanagement and modernizing the administration. And this can be done with relatively modest effort by placing international experts in key ministries. But these experts must be given real power to introduce meaningful changes.

Without a comprehensive strategy to rebuild the state from scratch, the country will lapse again into political and security crisis.

You have said that Guinea-Bissau is the 'stepdaughter of the UN system'. How does the global effort exerted here compare with the experience of your own country, East Timor, which became independent under UN tutelage?

The United Nations Integrated Peace-Building Office in Guinea-Bissau is a very small, almost forgotten UN outpost, under-funded when one compares it with UN peacekeeping missions around the globe.

The international community, the UN, , the EU, etc were too generous with us in Timor-Leste. I do not recall a single occasion when we were denied help when we needed it and asked for it. Guinea-Bissau is largely forgotten, partly because traditional donors are tired with 40 years of coups and instability, corruption and incompetence.

Does being a member of the community of Portuguese-speaking countries bring you extra leverage, and how can it be used?

Some in Guinea-Bissau enjoy criticizing Portugal and even fantasize about conspiracy theories on how Portugal seeks to undermine Guinea-Bissau. I would say Portugal is among the very few countries that really care about Guinea-Bissau and is its best ally in the EU. But many Bissau- Guinean politicians do not seem to know how to cultivate friends.

Angola offered real financial support and has the financial means to invest seriously in Guinea-Bissau. Yet the military and politicians managed to antagonize and alienate the Angolans. France is deferential to Portugal when it comes to Guinea-Bissau. The US and UK are beginning to take an interest. China is very present; Russia has a very experienced ambassador, fluent in Portuguese, and he is very busy promoting Russian interests here.

Coups have become rare in Africa, except in West Africa where the army has recently intervened in politics in Guinea, Guinea-Bissau, Mali, Mauritania and Niger. Is there a common factor here?

I believe that the harsh, principled stance taken by the against coups, which has been enhanced by EU sanctions, is an effective deterrent. Those in the army tempted to intervene in politics by way of coups will think twice. I do not think coups are a trend or a common factor in West Africa. It is a passing problem.

Nigeria, Senegal, Ghana are good examples of how armies no longer intervene to influence the democratic order. Senegal actually has never had a coup. This latest coup has cost the country, and the army, much more than they were hoping. I think they have learnt.