Guinea: How to Stamp Out Corruption in the Mining Sector 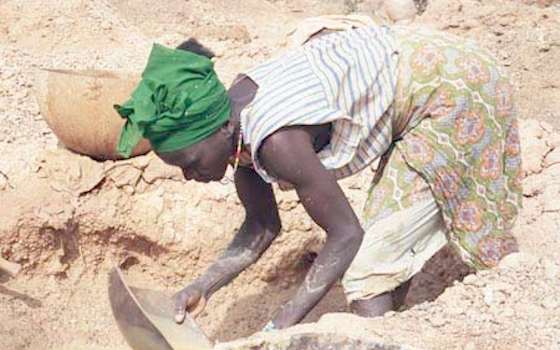 Guinea: How to Stamp Out Corruption in the Mining Sector

Africa's mining sector has a transparency problem, and Guinea, under President leadership, is now seen as a test case for opening up the finances of the industry to public scrutiny. For decades, politicians in Guinea thrived on the kickbacks that gave prospective investors fast access to people in power.

During the last decade of the Lansana Conte presidency, unaccountability was the standard operating procedure.

This business model was based on unprocessed commodities being shipped out of the country.

Today, the new Mining Code, written with the help of the New York-based is a step in the right direction, as has been the opening of an office by the Extractive Industries Transparency Initiative.

The EITI describes itself as a global coalition of governments, companies and civil society, whose aim is to improve openness and encourage accountable management of revenues from natural resources. Guinea is in a group of 16 countries that are candidates for the status of EITI Compliant Country. This means, essentially, that information about all payments that resource companies make to the governments and other government revenues from the extractive sector are gathered and fully disclosed.

However, EITI reporting depends on two things: the extent to which government is willing to impose reporting standards on companies working in Guinea; and the level of its own transparency. There is no enforcement mechanism.

What we have seen so far is that attempts to render contracts more accountable have resulted in litigation, with the government having to hire expensive lawyers. Mining companies have quit or delayed production, citing falling commodity prices or decreased demand. Even with full compliance, EITI does not address the issue of added value -- in Guinea's case, creating a local ore processing industry. But it does raise the question whether increased transparency will lead to better employment prospects and a higher standard of living for a significant number of Guineans. I suggest that it does not.

Guinea: How to Stamp Out Corruption in the Mining Sector - Africa Current Events