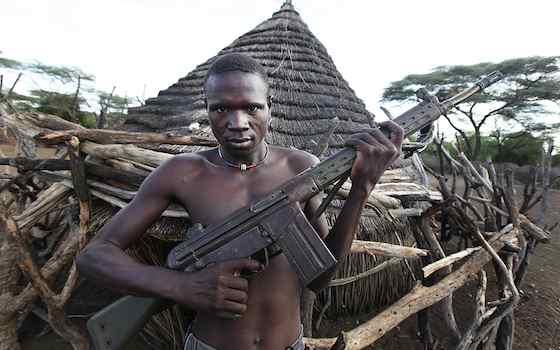 East African countries said they are ready to send a protection and stabilization force to South Sudan, where fighting has continued despite a ceasefire. Peace negotiations taking place in Addis Ababa have made little headway.

A January deal to cease hostilities continues to be violated by both parties in the conflict.

Lead mediator Seyoum Mesfin said the African Union and United Nations are discussing details on the deployment of this force.

This force can also protect important installations, such as oil, the oil installations, which is the main stay of the economy of the country. The parties would be tempted to fight in control of these resources, and if this is protected by this force that definitely it will further stabilize the situation in South Sudan," said Seyoum.

Five countries have said they are willing to contribute troops: Ethiopia, Kenya, Rwanda, Djibouti and Burundi.

Uganda had deployed troops shortly after the start of fighting in December. Their presence was condemned by anti-government forces and the international community. IGAD said Uganda has agreed to a phased withdrawal, something that was already mentioned in January truce agreement.

Seyoum said IGAD is currently discussing how many troops are needed and what their mandate will be.

"The size of this force that will be deployed, is very small, so to compare with UN-missions sent to such areas. The reason is we want to make it cost-effective and affordable for the international community to sustain this mission," said Seyoum.

Both the African Union and the United Nations will have to approve the final plan before deployment will begin.

Fighting broke out in South Sudan mid-December amid a political conflict between President Salva Kiir and his former vice president Riek Machar.