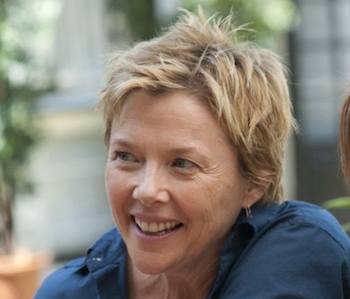 The Kids Are All Right

This is Annette Bening's fourth Academy Award nomination overall and the third in the Best Actress category.

Annette Bening has been nominated three times for an Academy Award, for her leading role performances in Stephen Frears' The Grifters (1990), Istvan Szabo's Being Julia (2204), and Sam Mendes' American Beauty (1999). Her work in American Beaut also earned her a BAFTA Award, a Golden Globe Award nomination, and two Screen Actors Guild Awards (one for her portrayal, and one as part of the ensemble)

This is Nicole Kidman third nomination in this category. Nicole Kidman won an Oscar for her performance in The Hours (2002) and was also nominated for Moulin Rouge (2001)

In 2003, Kidman won an Academy Award, a Golden Globe Award, a BAFTA Award and a Berlin Silver Bear for her portrayal of Virginia Woolf in Stephen Daldry's The Hours.

In 2002, she was honored with her first Oscar nomination for her performance in Baz Luhrmann's innovative musical, Moulin Rouge! For that role, and her performance in writer/director Alejandro Amenabar's psychological thriller, The Others, she received dual 2002 Golden Globe nominations, winning for Best Actress in a Musical.

Jennifer -- named one of the New York Times "50 People to Watch" in 2010 -- was most recently seen in Guillermo Arriaga's directorial debut The Burning Plain, opposite Charlize Theron and Kim Basinger.

The Burning Plain premiered at the 65th Venice Film Festival where Jennifer won the 'Marcello Mastroianni Award for Best Young Actress or Actor.'

This is Natalie Portman's second nomination and the first in the Best Lead Actress category. She was nominated in the supporting category for Closer (2004).

Natalie Portman made her debut in Luc Besson's The Professional, in 1994.

She also won a Golden Globe Award for Best Supporting Actress for her performance in Mike Nichol's Closer.

This is Michelle Williams' second nomination and the first in the Best Lead Actress category. She was nominated in the supporting category for Brokeback Mountain (2005).

In 2004, Williams shared a Screen Actors Guild Award nomination with her fellow actors from Thomas McCarthy's The Station Agent for Outstanding Performance by a Cast in a Motion Picture.

In 2005, Williams was honored by the Motion Picture Club as Female Star of Tomorrow.