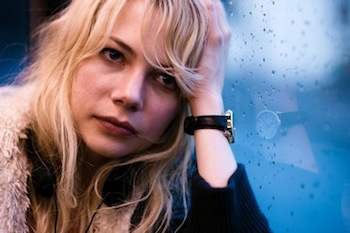 In 2004, Williams shared a Screen Actors Guild Award nomination with her fellow actors from Thomas McCarthy's THE STATION AGENT for Outstanding Performance by a Cast in a Motion Picture.

In 2005, Williams was honored by the Motion Picture Club as Female Star of Tomorrow. Williams was nominated for a 2007 Independent Spirit Award for Best Actress for her performance in Wim Wenders' LAND OF PLENTY.

Michele Williams will next be seen in her second collaboration with director Kelly Reichardt in MEEK’S CORNER and in TAKE THIS WALTZ starring opposite Seth Rogen.

On television, Williams starred opposite Chloë Sevigny in Martha Coolidge's critically acclaimed HBO movie IF THESE WALLS COULD TALK 2. She also had a six-year run as "Jen Lindley" on the WB's hit television series DAWSON'S CREEK. The series premiered in 1998 and remained one of the WB's top-rated shows throughout its run.

On stage, Williams received glowing reviews for her portrayal of Varya in Chekhov's THE CHERRY ORCHARD at the Williamstown Theatre Festival. She also achieved critical acclaim for her run in Mike Leigh's SMELLING A RAT at the Samuel Beckett Theatre and her off- Broadway debut in KILLER JOE.

Set in Scranton, Pa., and Brooklyn, N.Y., 'Blue Valentine' depicts a working-class marriage hanging by threads of resentment, contempt and love, a very tricky braid to unravel. At its best, the drama captures little bits and pieces of a relationship, the telltale signs and clues to its undoing. At least, that's the way it's written; as performed, thankfully, it's more intriguing