How to Get the Corner Office 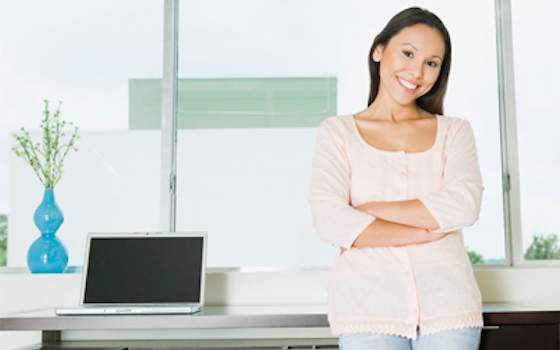 At age 22, Michelle Herrera Mulligan arrived in New York City in 1997 with a dream of working in magazines. She got her first break working as a copy editor at Latina.

"It was only a two week assignment, but I stayed extra hours and worked free, helping editors on whatever projects they needed." That level of commitment got the attention of the editor in chief, and two months later Herrera Mulligan was offered an assistant editor post.

Since that promising start, she has edited two books: Juicy Mangos, a literary collection of Latina erotica; and Border-Line Personalities, an anthology about the Latina experience in America. She's also published numerous articles in popular glossies like Time, Woman's Day, and House & Garden.

Today, she is the editor in chief of Cosmopolitan For Latinas, boosting Latinas' visibility in the media and other fields.

Here are three of her essential tips on how to scale the wall of success:

If you want to be an editor or writer, for example, "start a blog and contribute to it one to three times a day. Promote it and pay close attention to what does and doesn't get attention," says Herrera Mulligan. Future editors should also make reading a priority: "Read lots of different blogs and magazines, taking careful notice of what does and does not work."

"The more skills you have to bring to the table, the more valuable you'll be to your potential employer," says Herrera Mulligan, noting that aspiring editors should take classes on copy editing, fact-checking, and web design and development to beef up their résumés.

Work Your Network: "Most professionals I know credit their careers to a series of contacts, mentors and friends,” says Herrera Mulligan. She encourages Latinas to stay in touch with classmates and fellow interns, and to make new connections with others in their field.

Stephanie Eunice is a writer based in New York City. She is a new contributor to Las Fabulosas.