What is 'Having It All,' Anyway? 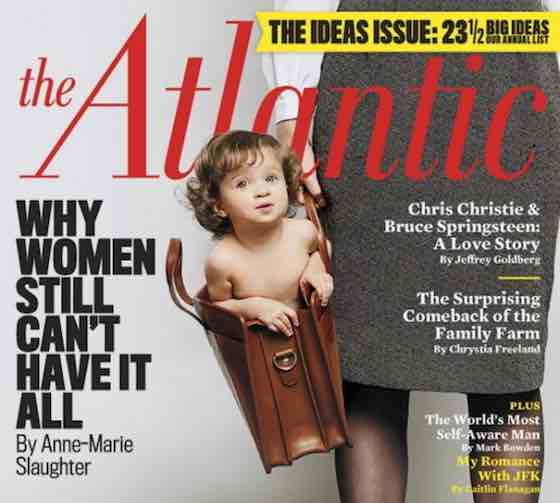 Woman to Woman: What is 'Having It All,' Anyway?

The gossip began swirling immediately after Yahoo announced it had lured away a longtime, highly valued Google executive.

The 20th employee ever hired by Google left her position as vice president to become CEO of rival Yahoo. But the chit-chat has been less about the daunting challenge of restoring Yahoo to its cutting-edge, profitable glory days.

No, the angst around the water cooler was because the new CEO was pregnant. Marissa Mayer was six months along with her first child at the time.

A playpen in the C-suite!

Really. We're having this conversation?

This is the season of Women and the Workplace. Or rather, the season for mulling a conundrum that should have been put to rest years ago: whether women can pursue the same career opportunities as men without sacrificing their roles as mothers.

Of course they can -- but not without changes in structure and attitudes in many workplaces, as they pertain not only to women but to their male colleagues as well.

We also need more realistic definitions of what "having it all" means.

That point was raised in an article in The Atlantic by Anne-Marie Slaughter titled "Why Women Still Can't Have It All."

Slaughter's piece is among the highest-read posts ever on the magazine's website. She's a professor of politics and international affairs at . She's also the former director of policy planning for the , the first woman to hold the post.

Slaughter broke a taboo of sorts by admitting that her "desire to be with my family" got the best of her and that she concluded "that juggling high-level government work with the needs of two teenage boys was not possible." Forced to admit that having it all is difficult, she left the job to return to Princeton (not exactly a slacker position in academia).

Slaughter argued that until workplace's change, the job/life issues that all employees struggle with, but particularly women with children, won't ever be fully addressed.

Now she's joined by Mayer, who is drawing both praise and scorn for declaring that she plans to take only a few weeks off for maternity leave and will work through it at home.

Some believe she is setting a horrible example for other women and workplace supervisors by acting as if a full maternity leave isn't really necessary. Others are praising her superwoman self-expectations.

That these two women's personal career choices are so volubly debated illustrates that, though women may have made great advances in career mobility, there are glaring structural aspects of the workplace that hold them back.

Otherwise, why would the musings of these very privileged women resonate at all for the rest of the nation? Most working women don't have the professional power and esteem that Slaughter and Mayer have earned, not to mention financial resources. Mayer's motherhood duties, one may assume, will be handled in no small part by nannies. She's also blessed to have a very supportive husband.

That makes her similar in some ways to many men who have long "had it all" by having a wife to oversee their home and family life.

But what did these men really have?

Jobs that dictated being away from their families so much that they missed important portions of their children's development? Inflexible work schedules and office codes of behavior that ensured dedication to career would be inherently incompatible with being a good parent?

As the baby boomers reach retirement age and beyond, work-life balance will become even more important for businesses to address. They will need to find ways to get the most productivity from both male and female employees, while also recognizing that two-earner families are already stretched to the limits in time and finances.

Workers will be dealing with aging parents, their own children's needs and, yes, the demands of a career. Employers need to adopt more enlightened maternity/paternity leave, daycare and sick leave policies, as well as encouraging and valuing work done remotely with the aid of technology.

For the vast majority of workers, "having it all" is not a matter of winning the glittering prizes of wealth and professional power. It is having the flexibility and the workplace benefits needed to create and sustain a secure and fruitful life -- both at home and at work.

Woman to Woman: "What is 'Having It All,' Anyway?"