How to Say No to Your Boss 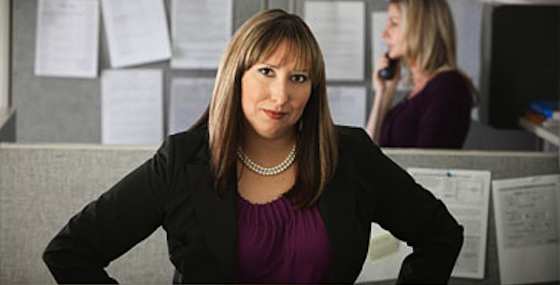 To create something that resembles a work-life balance, I've had to learn to say "no" to my bosses. Here's what I've learned.

For the record, my current boss is awesome. But I've had more than one manager in my day who'd overload me with work until I very politely declined -- or had a nervous breakdown. It's not that they're bad people; it's just that bosses have their own inboxes to tackle and can be too distracted to take an accurate measure of yours. And it's safe to say there's more than enough work to go around most offices.

At first, saying no was the last thing I wanted to do. One of my main strategies for working my way up had always been to act positive, be scrappy and do what was in the best interest of the team. But once I got more responsibility, I realized I couldn't be a yes woman all the time -- unless I wanted to take home work every night, work until 2 a.m. and still miss half my deadlines.

To create something that resembles a work-life balance, I've had to learn to say no to my bosses. Here's what I've learned:

It's important to be confident when you turn your boss down, so first be sure you really need to do it. For me, that meant checking and double-checking my own work: Was I coming in on time? Was I putting in extra effort -- and did I still not have enough time to do the additional tasks? I'm always up for pitching in, so I just wanted to make sure I was justified before declining extra work.

Don't actually use the word "no"

Instead, tell her you'd love to help, but you have that other big project due next week and you don't think you can devote enough time to both things. It's important to not get emotional about it, even if you're stressed, but honesty is definitely OK.

Set up expectations from the start

Part of the reason I think I don't get overloaded anymore is because I set up expectations and boundaries during my first few weeks. During the interview process for one job, for example, I made it clear I had to leave early some days for a class. Of course I worked my butt off, but I didn't let myself get bullied into taking on things that I couldn't handle. And I didn't answer emails after 8 p.m.

Ask her to prioritize for you

So maybe you have no choice but to do this new task. Show your boss your to-do list and ask her to prioritize it. There quite possibly are some things that can be put on hold for the important to-dos.

If you find yourself continuing to get overloaded, set up a meeting with your boss. Tell her how hard you're working and that you want to do a good job, but it's extra-difficult when you're so swamped. If she's a good manager, she'll take steps to lighten your load. If not, it may be time to look for a job with more realistic requirements.

Available on Amazon.com: Job Searching with Social Media For Dummies