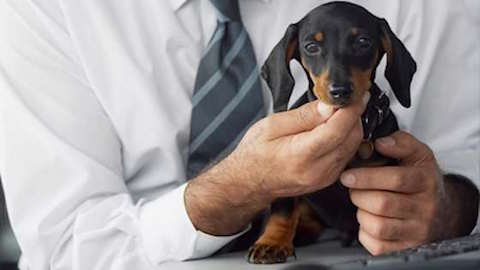 Is it true that seven human years are equivalent to one dog year? Can dogs really smell cancer? Here, we debunk some commonly held canine myths

A dog's nose can actually change color in the winter months due to a condition called snow nose (or winter nose). In winter months, owners of black-nosed dogs may notice their pets' noses turning a pinkish color, which is believed to be caused by an enzyme deficiency. Any sudden changes should be examined by a veterinarian.

The ability of dogs to detect cancer via scent receptors ("their sniffer") is, in fact, a truth. A German research report revealed that dogs are able to find early-stage lung cancer, and countless reports have revealed that canines can sniff a cancerous growth in humans long before the growth is visible with the naked human eye.

When a dog wags its tail, it is not necessarily a sign of friendliness. Dogs wag when they are fearful, disconcerted, aroused and more. Watch its body language, such as posture and ear positioning, and always ask a dog's owner about petting it first.

Dogs that eat grass are not necessarily sick. Some dogs may like the taste, but other theories suggest their bodies might instinctively crave nutrients that are lacking in their regular diet.

Finding a puddle of piddle in the house may not be pleasant for humans, but dogs do not feel guilt when humans disapprove. Instead, they are reacting to the emotional response of their owner, regardless of when the accident occurred.