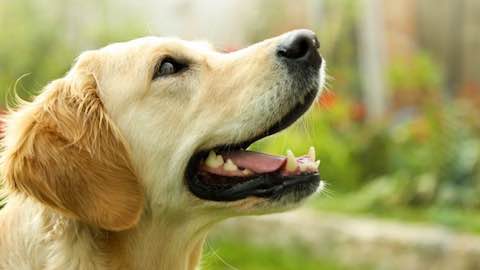 PetBreeds gathered data from Guinness World Records, Dogs Arena and others to compile a list of the 25 loudest dog breeds.

A dog's bark communicates a number of things: alerting others of danger, warding off intruders or inviting humans and animals to play. While dogs with powerful barks are preferred when guarding a homestead or working in search and rescue, a yappy pooch might be problematic if you'd like to bring your pet to the office or if you're an urban dweller.

While all dogs are capable of being trained to reduce their barking, some breeds naturally have a louder, more powerful bark. PetBreeds, a pets research site in the Graphiq network, has compiled a list of the 25 loudest dog breeds.

PetBreeds used data from Guinness World Records, Dogs Arena, VetStreet and DogChannel to create the list. While the top two breeds on the list have recorded decibels for their barks, the others are ordered on the list according to their American Kennel Club popularity ranking.

Here are some of the notable breeds that made the list.

Golden retrievers ranked at No. 1 for having the loudest bark in the world at 113 decibels, according to Guinness World Records. While playful with children, this dog is essentially a protector and its loud bark is effective whether hunting, serving in a search and rescue capacity, or as a loyal protector of its family. One of the most popular breeds in the U.S., the versatile golden retriever is widely loved for being an intelligent, gentle and devoted companion.

The second-loudest bark recorded was in 2009 from a German shepherd named Daz at 108 decibels, which is equally as loud as a power saw. Bred to serve as protectors and guardians, German shepherds work as military and police dogs, and as service dogs to assist the visually impaired. Devoted to keeping intruders away, this breed will swiftly alert others at the slightest sign of suspicious activity.

With its deep chest and square build, the Doberman pinscher has demonstrated its powerful bark as a guard dog. Protective in nature, this breed is known to fiercely guard loved ones by making its presence known vocally.

The terrier group of dogs are infamous for being vocal, so it comes as no surprise that the Scottish terrier made the list. The sturdy and independent Scottish terrier is known to be territorial and intensely loyal to its family and will sound off the alarms with intruders. Compact yet fearless, it will usually only bark if necessary.

The sporty redbone coonhound exhibits prowess on both land and in the water, and makes for a swift and adroit hunter. This breed uses its acute sense of smell to track down furry animals. As an excellent hunting companion, it will alert the hunter of prey with its signature bay. This handsome dog is also an unwavering defender in the home.