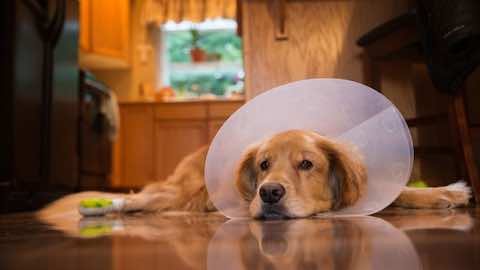 Even though they're worth it, dogs are a significant investment. PetBreeds worked with Veterinary Pet Insurance Co. to find the 10 most expensive dog breeds when it comes to medical costs.

From routine vaccinations and flea control, to serious treatment for diseases and injuries, medical expenses remain one of the costliest aspects of owning a dog. While some breeds usually have a clean bill of health, others - the golden retriever and rottweiler - are susceptible to health problems, making it important for new dog owners to be aware of these potential costs.

Therefore, analysts at Petbreeds, a pet research site powered by Graphiq, worked with Veterinary Pet Insurance Co. (VPI), the largest pet insurance provider in the nation, to find the breeds that rack up the most in medical costs per year. To create this list, researchers looked at breeds with at least 2,000 policies with VPI, and found the 10 dogs with the largest amount in injury and illness claims, on average, from 2011 to 2013.

The list is ranked in ascending order according to what dog owners of each breed pay on average in veterinary costs per year.

Note: These numbers are averages; depending on the health of any one dog, costs can vary. The data only accounts for injury and illness, and normal veterinary care -- dental cleaning and general wellness exams - are not included in average costs.

A large purebred described as gentle and sweet, the basset hound is good with kids and other pets, but these pups face a slew of health issues including: canine thrombopathia, gastric torsion, glaucoma and intervertebral disc disease.

The French bulldog, or "Frenchie," requires minimal maintenance, but it is highly susceptible to many health conditions. One such condition, hemivertebrae, is a deformity of the spinal bones.

An exceptionally talented breed, Weimaraners often participate in a variety of activities, such as guarding, hunting and search rescue, but the breed is prone to gastric torsion - also called "twisted stomach."

The Rhodesian ridgeback is an extremely loyal dog with a mild temperament. The breed is prone to dermoid sinus and canine hip dysplasia.

The great dane is a giant purebred that faces a myriad of health concerns, including canine hip dysplasia, cardiomyopathy and gastric torsion.

A proud and alert breed, the doberman pinscher is easy to train and makes great watchdog, but it may develop cardiomyopathy or cervical vertebral instability.

The Bernese mountain dog is beloved for its affectionate, gentle and loyal nature. Along with high costs to feed this giant canine, medical costs associated with canine hip dysplasia, elbow dysplasia, histiocytosis and osteochondritis dissecans, top the charts.