How to Manage Your Dog's Health Care 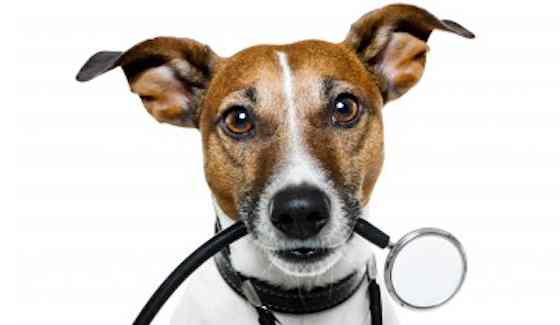 Has the recession affected your spending habits?

A new survey reveals that the economic doldrums have impacted many dog owners. "Dogs and cats are feeling the bite of the recession as pet owners put a leash on pet care expenses," says Susan Spaulding, executive vice president and principal at The Pert Group, which conducted the survey with Brakke Consulting. "The recession has not only decreased what consumers spend on their own health, but also what they spend at the veterinarian."

Dogs haven't been hurt as much as cats, but there is still cause for concern. John Volk, a senior consultant at Brakke, shares the reasons why -- as well as promising news for dogs and their owners.

Fewer Dogs Are Going to the Veterinarian

On the downside, the Pet Owner Channel Use Study found that dogs are visiting their veterinarian 20 percent less than they did five years ago. Since the overall population of both dogs and humans has increased over that same period of time, the drop-off is significant.

Volk believes additional research is needed to fully understand why people are going to the vet less often, but he thinks the economy is a key reason. "Factor in the recession and the cost of veterinary care and you can see why owners could be postponing trips to the veterinarian," says Volk.

Longtime dog owners realize that preventative care can help stave off health issues, ultimately saving pet owners money. All dogs should at least have an annual exam. Older pets should see the vet semiannually. The visits will include the basics, such as a full physical, a dental evaluation and a parasite check. Routine blood work and a stool analysis should also be included, especially for older dogs.

With boarding and dog day care spending decreasing over the past five years, owners may be taking on more of this work themselves. They could also be recruiting friends and relatives to help watch their dogs. With new facilities offering high-tech and novel services, however, even cash-strapped dog owners might find them to be irresistible in the not-too-distant future.

One very good outcome from the study is the finding that dog owners are now spending more on pet insurance. Insurance is another tool for combating the recession, allowing for regular veterinary visits and safeguarding against the cost for required special care, such as hospital stays and treatment for serious illnesses.

Volk says there is growing interest in health insurance for pets, so expect this business sector to continue to grow in the years to come.

Compared to a similar study conducted in 2007, the findings of this latest pet owner study show that dog food expenditures are basically the same. "There are more purchases of cat food, but actual expenses are higher for dog owners just because dogs are often bigger than cats and eat more," says Volk.

The Way We Buy Pet Health Care Products Is Changing

The study found that more dog owners are turning to the Internet for their shopping needs. The reasons? Variety, sometimes-lower costs and convenience. Still, the trend is worrisome to Volk, who supports one-on-one interaction and expertise rather than online ads and in-store displays.

He and his colleagues are also concerned about the Fairness to Pet Owners Act. This legislation was introduced last year and referred to the House Energy and Commerce Committee's Subcommittee on Health. Among other things, it would require veterinarians to write a prescription, whether or not they will dispense the product. The majority of survey respondents have already indicated that they would fill those prescriptions outside of their veterinary office, at least some of the time. How veterinarians would react to the change remains unknown.

In the few months since the new Pet Owner Channel Use Study was conducted, there are "anecdotal reports that veterinarians are seeing increased volume," says Volk. He quickly adds, however, that it is too soon to tell whether or not the recession and other problems of recent years are finally on the way out.

Nevertheless, at least one major pet health insurance company has "reported a good uptick in revenue for the first quarter of 2012." That, food sales and other indicators provide hope that dog owners have learned to cope with financial challenges and are looking ahead to an even brighter future for themselves and their pets.

Pets | Dogs: How to Manage Your Dog's Health Care