Dogs: Is Your Dog Cut out for Field Trials? 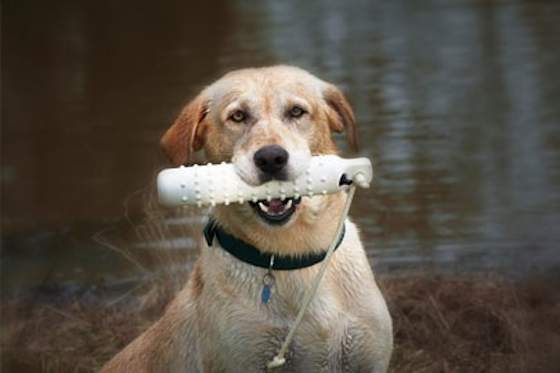 Astride a tall Tennessee walking horse, Jack Elliott of Knoxville, Tenn., says he can locate his English Setters running and setting point on a bird more than a half a mile away -- perhaps even a mile on a good day. Jack Elliott trains Setters and competes in one of the most extreme classes of field trial events: All-Age.

Field trial competitions began around 1896 to display the natural abilities and characteristics of certain hunting dogs. The competitive stakes are for breeds trained to perform hunting tasks, such as pointing, setting, flushing and retrieving.

During most field trial events, the handlers/hunters stay on foot with the dog under close command. All-Age, however, is a race of endurance and strength: The dog covers miles of terrain independently and the hunter follows on horseback. According to Elliott, All-Age is the most rigorous of the field trials, and typically only Setters and Pointers qualify.

Jack Elliott cannot remember when he first took an interest in field trials: "Fifteen years ago, maybe 20," he says. Intrigued by the strong, innate instinct and ambition of his hunting dogs, Elliott started competing. The details in his stories today prove that his passion for the sport has not waned.

Hytest Kennels, operated by the Elliott family, raises and trains champion English Setters. Elliott believes the best pups come from great mothers. "A world-champion stud dog cannot compensate for an average bitch," he explains. He looks for female dogs with a strong instinct to hunt and excellent conformation.

Elliott competes with both male and female dogs. He says the females are better in certain categories; however, the size of the male dogs makes them easier to track, and their stature impresses the judges.

Hytest Kennels starts puppies out with homing pigeons to test their nose, interest in birds, and overall quality. The pigeons are never caught or killed. Elliott is just observing the young puppy's natural instinct to set a point on a bird. "By 6 to 8 months of age, I can tell what that puppy will be," says Elliott.

The National Field Trial Championship takes place at Ames Plantation in Tennessee. Jack Elliott has qualified dogs for the All-Age Nationals, the most elite field of dogs, but has yet to win. However, Elliott's dog, Hytest Skyhawk -- also known as "Skip" -- brought home the championship from the prestigious annual Open All-Age Invitational in 2008.

The Open All-Age Invitational includes only the top 12 professionally trained dogs -- no amateurs in this class. The stakes consist of three consecutive days of competition. The dogs run one-hour trials on the first and second days. The highest-scoring dogs then go on to compete in a two-hour trial the third day. Skip took home the prize and was the first English Setter to ever win the Invitational. "He won the event by setting a point on 10 birds the final day, while the second-place dog found only two," recalls Elliott with a touch of fatherly pride.

If you think your dog is a born field-trial champion, get started by contacting your local kennel club, gun dog organization or field trial association. A good place to start is the American Kennel Club website. Breeders are also a good source of information; many who breed traditional hunting dogs also offer field trial training. Some breeders and organizations also offer occasional clinics for both you and your dog.

Training for field trials is no light undertaking. It takes patience and commitment on your part. Your dog will need to be fit, capable of working across long distances, and a willing learner. Training can be an ongoing, years-long process.

When it comes to competition, field trials are organized into stakes, or categories, for professionals, amateurs, novices, puppies and more.

Alternatively, hunting tests were developed in the mid-1980s, in part for those dog owners who might not have the time or resources to be competitive in field trials, says the American Kennel Club. Hunting tests judge your dog against a set performance standard rather than against other dogs. Visit the AKC website or the North American Hunting Retriever Association for more information.

Dogs: Is Your Dog Cut out for Field Trials?