Heroic Best Friends: On the Beat With a Police K-9 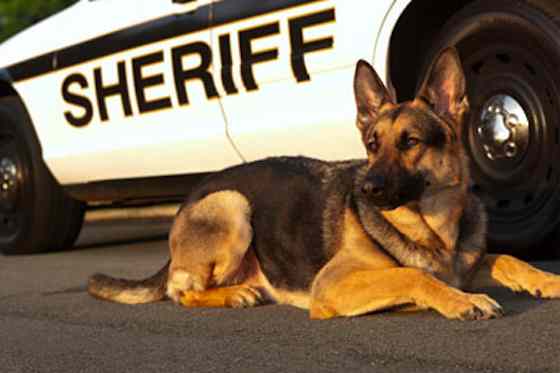 A day in the life of a police K-9 team begins with the human half of the partnership -- the handler -- caring for her K-9 (the dog). Every day, the handler examines the dog to make sure he has no health or behavioral issues that would affect his performance. Because of their close working relationship, handlers know their K-9 partners very well; a thorough hands-on exam quickly reveals if something is wrong.

Then, it's off to work! One of the exciting things about police work is that there is no typical day. The team needs to be ready to perform all the duties related to police work, which may or may not require the use of a highly trained police dog. Over the years, with the help of my police K-9, I searched for and found lost children, tracked and apprehended suspects, conducted narcotics and firearm searches, and participated in raids.

The human handler and his K-9 work, on average, 40 hours per week. But if it were up to the dog, the team would put in even longer hours. The dogs love their job, but the humans know that people and dogs need some down time to just relax and rejuvenate.

A police K-9 team presents a very positive image for any police department. So in addition to our police duties, we perform demonstrations in schools, nursing homes and at civic groups like the Scouts. I especially loved connecting with children of any age. My late German Shepherd, Buster, and I participated in a demonstration at The Children's Hospital of Philadelphia, and he also wore a reindeer outfit at a Christmas gathering for less fortunate children. What a good sport he was!

A Special Bond Between Officer and Dog

K-9 handlers have a special relationship with their dogs. It's one that you can't imagine if you haven't experienced it. Many times, a police K-9 alerts his handler to danger or performs in a way that helps save the handler's life. I trusted my dog on many occasions to perform his duties while being my protector, and he never let me down. I was always confident with him by my side.

The number of years a police K-9 can work varies dramatically. A lot depends on the dog's physical condition and whether or not he has any health issues that would prohibit him from performing a police dog's duties. Specialty K-9's, such as those that find drugs or explosives, can usually work for more years because the demand on them is not as critical or consistent as it is for a patrol dog. I'd say the average retirement age for a police K-9 is about 10 years.

Being a canine handler was one of the most rewarding experiences in my life. Most days, I couldn't believe I was being paid to work with my dog!

Annemarie DeAngelo's 31-year law enforcement career included implementing the canine program for the New Jersey State Police in 1987. She served in and commanded the state's Canine Unit for more than 13 years. DeAngelo is nationally recognized as one of the top K-9 trainers in the country

Pets | Dogs: Heroic Best Friends: On the Beat With a Police K-9