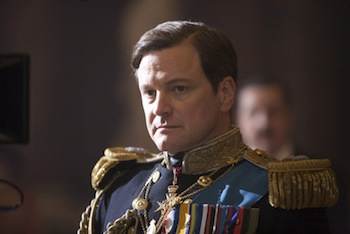 A classically trained British theatre actor, Colin Firth is a veteran of film, television and theater, with an impressive body of work spanning over three decades.

Firth won the BAFTA Award in 2010 for his performance in Tom Ford's "A Single Man," which also earned him nominations for an Academy Award, a Golden Globe Award and a Screen Actors Guild Award.

Firth received international critical acclaim for his starring role as ‘George Falconer' in "A Single Man," based on Christopher Isherwood's 1964 novel, including being honored with the Volpi Cup for Best Actor at the 2009 Venice Film Festival and the Performance of the Year Award at the 2010 Santa Barbara International Film Festival, as well as the London Critics Circle Film Award for British Actor of the Year.

In 2009 Firth made an appearance in Robert Zemeckis' "A Christmas Carol," Disney's 3D motion-capture-animated version of the classic Charles Dickens tale starring Jim Carrey and Gary Oldman. Firth was also seen starring in "Genova," directed by Michael Winterbottom. "Genova" is a subtle thriller revolving around two American girls and their British father who move to Italy after their mother dies. The film screened at the 2008 Toronto International Film Festival, the London Film Festival and the San Sebastian Film Festival, where Winterbottom was awarded Best Director.

The cast included Meryl Streep, Pierce Brosnan and Stellan Skarsgard and Amanda Seyfried. "Mamma Mia!" grossed over half a billion dollars around the world and has become the highest grossing film of all time in the UK. The same year, Firth was seen in "Then She Found Me," written and directed by Helen Hunt. He was also seen in the Sony Pictures Classics films "When Did You Last See Your Father?" and "Easy Virtue," based on the Noel Coward play and directed by Stephan Elliott.

In 2004, Firth starred in the Universal/Working Title hit "Bridget Jones: The Edge of Reason." Firth reprised his role as ‘Mark Darcy' opposite Renee Zellweger and Hugh Grant in the film. The same year Firth appeared in the Oscar-nominated film "Girl with a Pearl Earring" opposite Scarlett Johanssen. Firth was nominated for a European Film Award for his performance in the film.

In 2003, Firth appeared in the Universal hit "Love Actually," written and directed by Richard Curtis. At the time of its release, "Love Actually" broke box office records as the highest grossing British romantic comedy opening of all time in the UK and Ireland, and was the largest opening in the history of Working Title Films.

In 2002, Firth was seen starring opposite Rupert Everett, Reese Witherspoon and Judi Dench in the Miramax Film, "The Importance of Being Earnest." Prior to that, Firth appeared in the Academy Award nominated film "Shakespeare in Love," directed by John Madden. Firth portrayed ‘Lord Wessex,' the evil husband to ‘Violet De Lesseps,' played by Gwyneth Paltrow.

In 1996, Firth appeared in the multi-Oscar nominated film, "The English Patient," opposite Kristen Scott Thomas and Ralph Fiennes. His other film credits include the Atom Egoyan's "Where the Truth Lies," Marc Evans' thriller "Trauma," "Nanny McPhee," "What a Girl Wants," "A Thousand Acres," with Michelle Pfeiffer and Jessica Lange, "Apartment Zero," "My Life So Far," Nick Hornby's "Fever Pitch," "Circle of Friends," "Playmaker," and the title role in Milos Forman's "Valmont" opposite Annette Bening. On the small screen, Firth is infamous for his breakout role in 1995, when he played "Mr. Darcy" in the BBC adaptation of "Pride and Prejudice," for which he received a BAFTA nomination for Best Actor and the National Television Award for Most Popular Actor. Firth's latest television appearance was in 2006 in the critically-acclaimed BBC television movie "Born Equal" directed by Dominic Savage ("Out of Control"). In March 2004, Firth hosted NBC's legendary series "Saturday Night Live." He was nominated for an Emmy Award in 2001 for Outstanding Supporting Actor in the critically acclaimed HBO film "Conspiracy" and also received the Royal Television Society Best Actor Award and a BAFTA nomination for his performance in "Tumbledown." His other television credits include "Windmills on the Clyde: Making Donovan Quick," "Donovan Quick," "The Widowing of Mrs. Holroyd," "Deep Blue Sea," "Hostages," and the mini-series "Nostromo." His London stage debut was in the West End production of Another Country playing Benett. He was then chosen to play the character Judd in the 1984 film adaptation opposite Rupert Everett.

Firth is an active supporter of Oxfam International, an organization dedicated to fighting poverty and related injustice around the world. In 2008 he was named Philanthropist of the Year by The Hollywood Reporter. In 2006, Firth was voted European Campaigner of the Year by the EU.