Are Dog Shows for You? 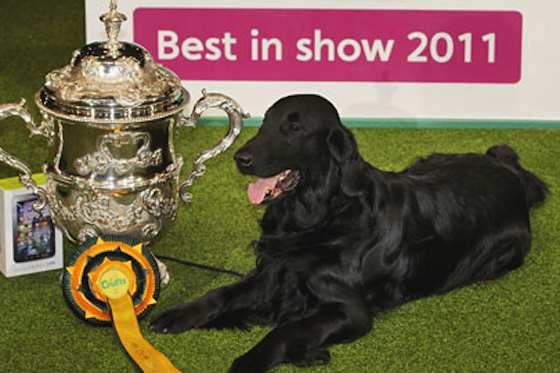 Big-time dog shows are wildly popular. But could your canine be a star?

Lisa Peterson, director of communications for the American Kennel Club, knows firsthand what it's like to experience the thrills of dog show competitions. When she and her Norwegian Elkhound Jinx competed at the nation's highest levels, "We could anticipate each other's moves. It was almost like telepathy in the ring," says Peterson.

Perhaps you've experienced a taste of dog show magic yourself, probably by watching one of the big shows on television. But why be a couch potato if you can be in the ring yourself with your dog? There might yet be a dog show future in store for you and your pal.

In the United States, major dog shows are offered by the American Kennel Club, which is the largest not-for-profit purebred dog registry in the nation. The AKC approves and maintains the official records of more than 15,000 sanctioned and licensed events each year. The size of these events ranges from large all-breed shows, with more than 3,000 dogs, to small local specialty club shows, featuring a specific breed.

The largest prize, $225,000, goes to the "best in show" winner of the AKC/Eukanuba National Championship held every December, says Peterson. "That winner," she says, "also holds the national championship title for the year." The champ is further acknowledged as the best of its breed, representing the optimal possible breeding stock. As such, show dogs at this level are not spayed or neutered.

Steps Leading to a Show Dog

To potentially own such a show dog, Peterson advises you take these steps:

Pay attention to the experts and see if this is really something you'd enjoy at a more involved level.

"Often, it's the puppy's breeder who fills this role," she says. You can start by doing searches for breeders, clubs and more at the AKC website.

- Register your purebred puppy with the AKC.

- Take your puppy to handling classes and participate in matches.

- At the age of 6 months, your puppy can begin entering dog shows.

Benefits of Showing Your Dog

Owning, handling, raising and otherwise nurturing a show dog can be timely and costly. However, the rewards are many. You can earn sizable financial rewards. You and your dog could gain national and even international fame, which itself could prove to be lucrative. The greatest rewards, however, are not tied to dollars.

Peterson says she now has a huge social network of friends all across the country as a result of participating in, and working for, dog shows. "People can be fiercely competitive in the ring, but be best friends outside. I've met some of my closest friends this way," she says. The bonds make sense. Everyone is passionate about dogs, and the associated lifestyle of showing -- with its travel and required daily activities -- can bring people (not to mention their dogs) together.

You might be reading this story with your adult mixed breed nearby, wondering how showbiz could possibly work for your dog and budget. Enter your dog in mixed-breed competitions that judge skills in areas such as agility, obedience and rally. Beverly Ulbrich, president and founder of The Pooch Coach LLC, has trained dogs for all sorts of competitions, not to mention stage shows and movies. One of her latest projects is Doggie Boogie, a film about owners who enter dancing competitions with their dogs.

Ulbrich says the thread linking these diverse events is "getting your dog used to being in front an audience." That can require some time and creativity. For example, her Miniature Schnauzer Kompis once starred in a production of The Wizard of Oz. "When Kompis was first introduced on stage, she started shaking and ran away." Ulbrich had others on the stage warmly welcome the skittish dog with treats, head pats and hugs.

Over time, the little dog learned that this showbiz deal wasn't such a bad thing. She grew to love the attention so much that "when it was time for her bow, she had to be held back." By gradually improving your own dog's socialization, starting small at home and then working up to more public spaces, you can prep your pet for shows, competitions and other events.

Peterson and Ulbrich say it's never too late to begin this sort of training with your dog. "The world of dog sports is so big and varied that, no matter what kind of dog you have," says Peterson, "an event will be tailored to its abilities and what you might enjoy."

Are Dog Shows for You?