Dogs: What To Do With a Dog That Won't Stop Barking 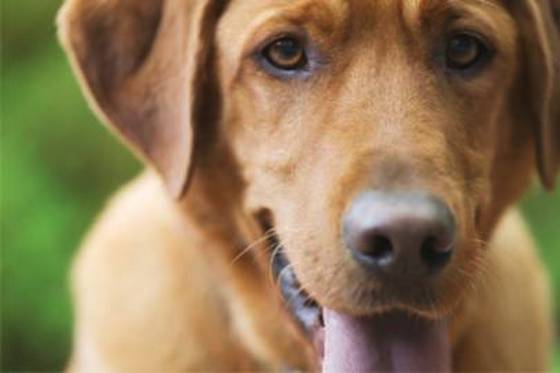 Dogs bark for many different reasons, and getting to the bottom of why your dog is being so vocal will help you put an end to his noisy habit

It's hard to believe that your little Sparky, who's always such an angel when you're home, could be making so much noise when you're away. But if your neighbors are at their wits end with your dog's barking it's important to get to the bottom of why he's doing it, and then figure out how to stop it. We enlisted the help of Victoria Wells, senior manager of behavior and training at the ASPCA's Adoption Center, to answer a few questions on barking—and to help us determine when we might need to worry.

How do you decipher between normal barking and excessive barking?

Dogs communicate with other dogs and with humans through barking, so it's unrealistic to expect a dog not to bark at all. But what constitutes as 'excessive barking' is really up to the owner and their particular situation. Many owners only discover that their dogs are barking when they're not home because they get noise complaints from their neighbors.

Is there cause for concern if your dog didn't bark much before, but has begun to recently?

Some dogs don't begin using their voice until they have reached a certain age. If they transitioned from puppyhood into adolescence, they may have just found their voice and this is normal. If an adult dog who has been typically quiet for most of their lives begins to bark this may be a signal that something is troubling them in their environment, health wise, or behaviorally.

Barking is motivated by different emotional states, and there are different causes for it. So, the first step is to identify why a dog is barking. To do that, you need to find out whether the dog is barking intermittently or consistently throughout the day. To figure this out, try recording the dog when you're away. Or, the next best thing would be to ask a neighbor for their observations on your dog's barking patterns.

What does it tell you if the barking is intermittent versus consistent?

If the barking is intermittent, the dog is likely 'alarm barking', or alerting to noises it hears outside. But if the barking persists throughout the day while the owner is absent, it could be because of something like separation anxiety.

How do you deal with alarm barking?

If the dog is alerting to noises in the hallway of an apartment building, or even outside, the first thing you want to do is provide them with entertainment and stimulation while the owner is absent. We recommend some sort of enrichment toy filled with food to keep their mouths busy and their minds stimulated. Then, you want to block the outside noises. So we suggest providing some sort of consistent white noise like from a white noise machine, classical music [which studies have found calms anxious pups], or even a simple, inexpensive box fan placed near your entrances or windows.

What if your dog is doing a lot of barking outside?

Again, it depends what the trigger is for the behavior. Many times barking is socially facilitated, which means they're communicating with another dog. Sometimes that's just how they say hello, and you've got to expect that once in awhile. If it becomes problematic, or if they're incessantly barking, you'd want to distract them from other dogs by giving them treats while other dogs pass.

If the barking is towards people, then you probably have a greater issue and you might want to seek help from a professional dog trainer or behaviorist.

What role does exercise play in a dog's barking?

For every form of barking, exercise is a great antidote. If the barking is attention-seeking, if it's out of boredom, or even if it's anxiety based, aerobic activity is going to decrease that behavior.

How do you determine if a dog's barking is because of anxiety?

That's where something like a recorder comes in. If you determine that the barking lasts almost the entire time you're gone, it's more likely to be because of anxiety than an outside noise. There are other symptoms that would accompany the barking as well, like excessive panting or housetraining accidents.

What should you do if you determine the barking is a symptom of separation anxiety?

First, exercise is very important. Then, since separation anxiety stems from a very strong bond that the dog has created with their person, it's important to teach the dog that the world won't end if its owner isn't right next to them.

We suggest placing the dog in an area of confinement, like behind a baby gate or in a dog crate for just 10 to 15 minutes every couple of hours. Give the dog something to chew on, like an interactive dog toy with food in it, leave the room and then return when the dog is not stressed out and is not barking. When you enter and exit the room, don't make a big fuss, just walk right past them. Once your dog calms down, then interact with them.

Could a dog's bark indicate duress?

Yes, a bark can indicate that a dog is injured or ill. Most people know what their dog's typical bark sounds like. If it deviates from something the owner is used to, to something that sounds like the dog is in distress, then you should you take your dog to the veterinarian.

Certain breeds also tend to be more vocal than others, like Beagles or Yorkshire Terriers. So, if you are sensitive to barking —- or you live in a building or neighborhood where a barking dog wouldn't be welcome —- it's important to do your homework when picking out your new furry friend. Also keep in mind your city or county rules on noise violations. If you've got a particularly antsy neighbor who complains all the time about your vocal pup, he could be within his rights to involve the authorities. If that's the case, you'll want to try out some of the above tactics to curb your dog's barking sooner rather than later.

Dogs: What To Do With a Dog That Won't Stop Barking