Apple vs the World

The list of the world's most valuable companies is famously dominated by North America, with Apple currently sitting at the top of this prestigious pile. In the infographic below, we pit Apple against the rest of the world to see how each continent's biggest public company compares to the might of the tech giant. Apple wins, obviously, but the interesting part is the degree to which the most valuable companies of each region lose when comparing their market capitalization figures.

Saudi Aramco, aka Saudi Arabian Oil Company, weighed in with a market cap of $1.98 trillion at the beginning of February 2022 - that's 69.5 percent of Apple's $2.85 trillion. Next up is Europe. There, the fight already starts to become very one-sided, with the luxury conglomerate LVMH looking great while entering the ring but failing to land any punches: Its $408 billion market cap is only 14.3 percent the size of its heavyweight opponent's.

The compatibility of weight class (along with my desire to keep up the boxing analogy), ends here. Oceania's most valuable, the Melbourne-based mining company BHP has a market capitalization equivalent to 8.5 percent of Apple's, while Petrobras from South America reaches just 3 percent. Despite being the most valuable public company in Africa, South African publishing firm Naspers' market cap is a mere 1.2 percent of the almost 3 trillion attributed to Apple Inc. 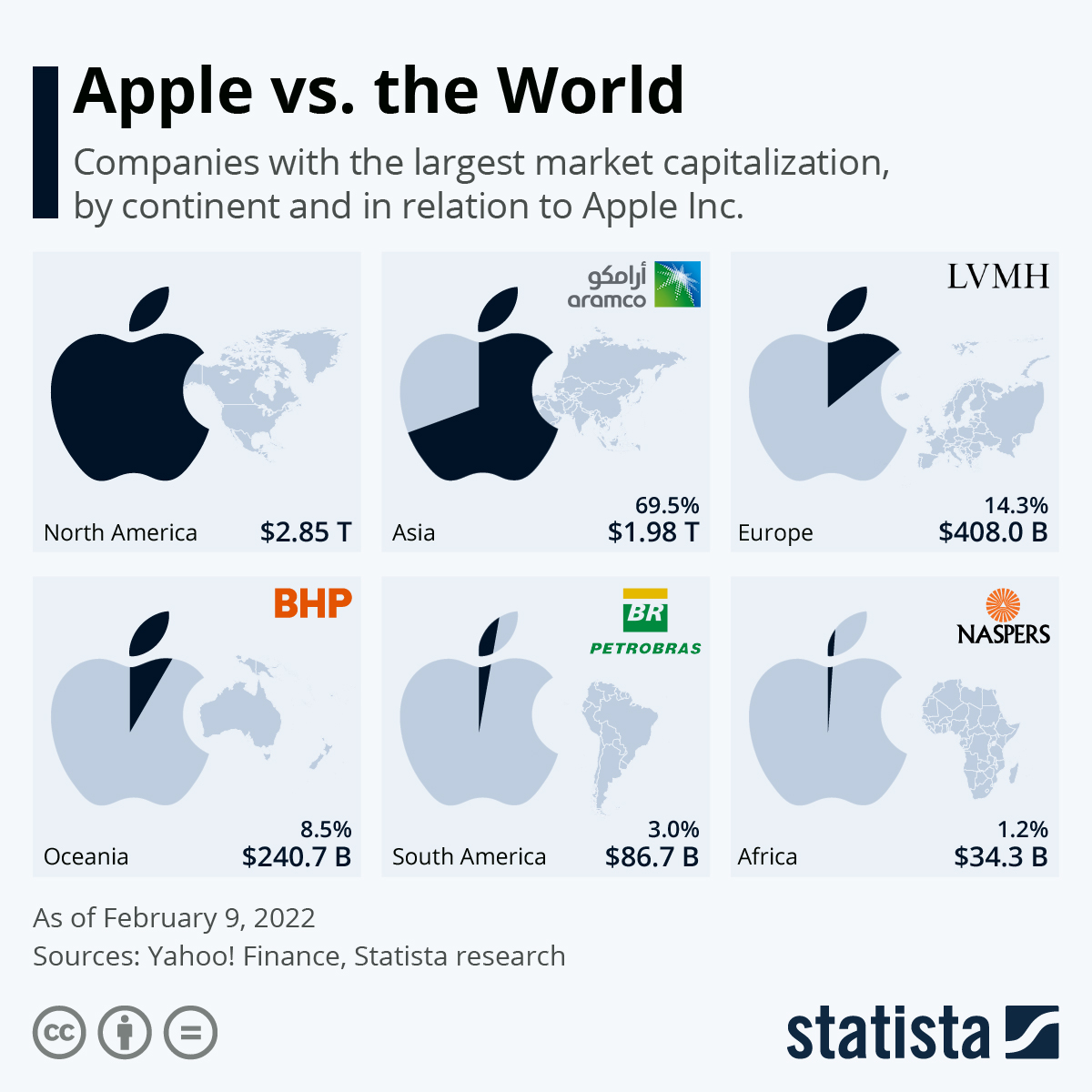 "Apple vs the World