When Apple reported results for the first quarter of its fiscal 2022, the company hit yet another milestone that few companies have passed before. Not only did the iPhone maker surpass $100 billion in quarterly revenue for only the second time in its record-laden history, but it also passed $100 billion in annual profit for the first time, at least kind of.

Having reported a record profit of $34.6 billion for the holiday quarter, Apple’s net income for the 12 months ended December 2021 climbed to $100.6 billion. Since Apple’s fiscal year doesn’t align with the calendar year (Apple’s year ends in September) the record won’t officially count, but it’s still worth pointing out. After all, just two companies have surpassed $100 billion in annual profit so far and one of them was Vodafone after selling its interest in Verizon Wireless in 2014. That leaves just Saudi Aramco which reported a net profit of $111 billion in 2018.

As the following chart shows, Apple’s net income grew more than 100-fold since the pre-iPhone era. In the twelve months ended March 2005, Apple reported a profit of $752 million. Five years later, the company surpassed $10 billion in annual profit for the first time. During the 2011 holiday season, Apple’s quarterly profit passed the $10 billion milestone and it has grown by another 165 percent since then. 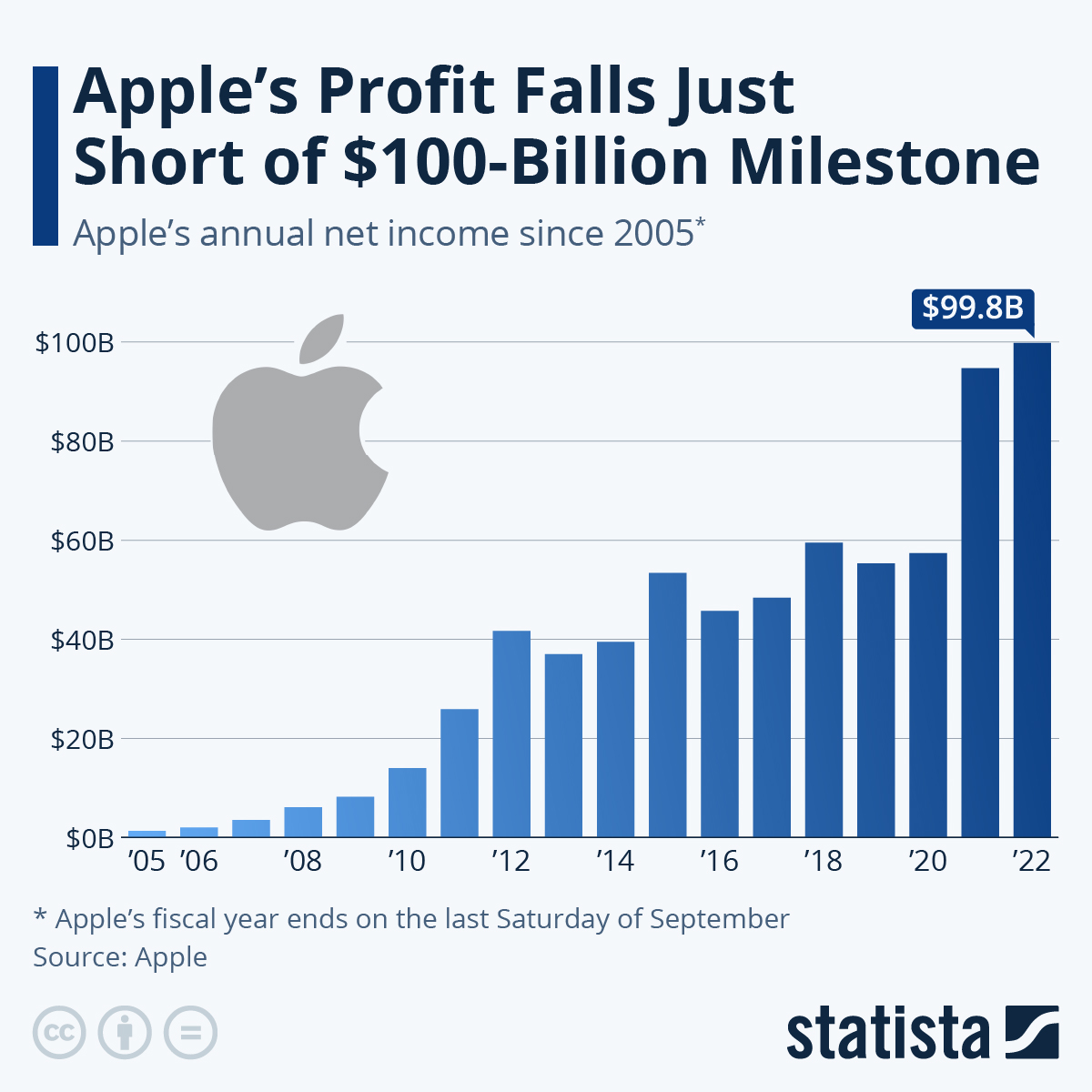