300 billion dollars in net profit from 1,350 billion dollars in revenue: these are the stratospheric results of (the companies formerly known as) GAFAM over the past year (twelve months ended September 30, 2021). Benefiting greatly from the boom in the digital economy since the beginning of the pandemic, the U.S. tech giants are in outstanding financial health. Compared to the twelve-month period before, their profits have exploded: +43% for Microsoft, +51% for Amazon, +59% for Meta (Facebook), +65% for Apple and +98% for Alphabet.

Far from our much more grounded reality, the colossal sums generated by these companies are hard to get your head around. To get an idea of their economic power, we have broken down their profits to a shorter time scale. How much do the tech giants earn every second?

Based on Apple's net profits from October 2020 to September 2021, the Apple company earned an astounding $3,000 per second during this period. A performance that should allow it to maintain its rank as the most profitable company in the world this year. Next up are Alphabet and Microsoft, with $2,239 and $2,153 in profits generated every second, respectively, followed by Facebook ($1,278) and Amazon ($833).

To compare with other particularly profitable companies this year, these amounts are similar to or even greater than the combined profits of Pfizer, BioNTech and Moderna. According to a study released last week, the three vaccine makers would together make around $1,000 in profits per second in 2021 (before taxes). 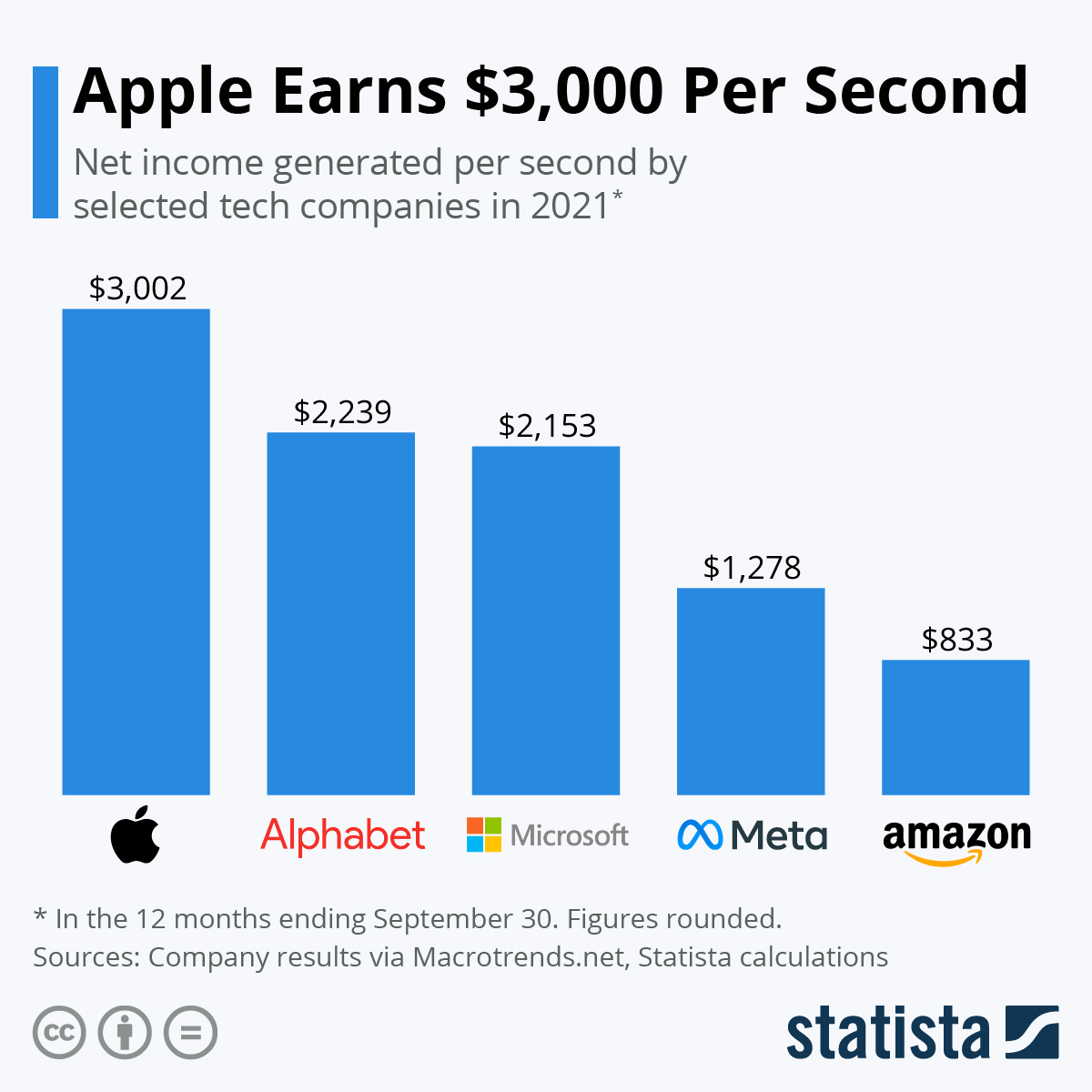