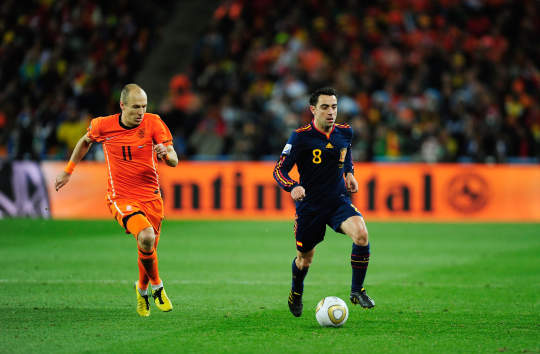 Arjen Robben of the Netherlands closes down Xavi Hernandez of Spain during the 2010 FIFA World Cup South Africa Final match between Netherlands and Spain at Soccer City Stadium on July 11, 2010 in Johannesburg, South Africa.